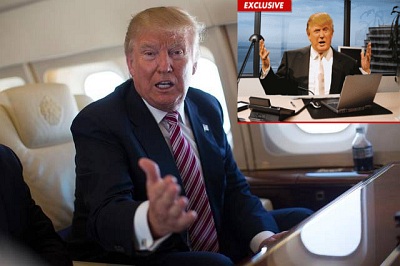 The name of the organization with seen to remain the same, “ICANN”, but the people is power over the organization is about to shift, without your vote, Oct 1st to an assemblage of the world body politic, mostly compose of despots and dictators. The effect of this is still yet to be seen, but one key person involved in today’s political fray, presidential candidate Donald Trump, opposed the lackluster plan.

Basically, the current domain name system as you have grown to know, and trust, is about to go under changes that could easily lead to intimidation and censorship against free speech. Protection of grassroots political speech is also at risk. The world can go on with less adult websites, but the world simply won’t be as good or nice of a place without freedom of speech in other regards. The founders of America frequently stated that the citizenry must always be vigilant and jealously guard their rights and freedoms. This is the attitude now on the podium of Donald Trump; the only candidate opposed to the plan to hand over control of the internet to a conflicted party of those seeking ever more power in the world.

U.S. Republican presidential nominee Donald Trump is currently conducting verbal opposition to the semi-secretively planned transition of oversight of the internet’s domain name system (DNS) management from the US-based governance to the UN, a global organization of political stakeholders from around the world; which could abrogate and hand-over control of the internet itself to authoritarian regimes such as China and Saudi Arabia and others; foreseeably threatening online freedom. Internet DNS is basically a directory for internet-connected devices that helps translate domain names to numerical IP addresses.

He strongly contends that the US Congress should act swiftly block the handover, scheduled to occur next week on Oct. 1 2016, or as his campaign policy director Stephen Miller stated “internet freedom will be lost for good, since there will be no way to make it great again once it is lost.”

The ‘handover’ of the internet DNS was proposed in March 2014, implying the transfer of oversight from the nonprofit Internet Corporation for Assigned Names and Numbers (ICANN) and is soon expected to fully occur; unless Congress now acts quick and votes to block the move. Recently the US National Telecommunications and Information Administration (NTIA) finally signed off on the agreement.

Some congressional negotiators are currently working to finalize an agreement on a new spending package, due September 30th , allegedly containing a provision to delay the transition.

Democratic presidential candidate Hillary Clinton supports the Obama administration’s planned transition to give the UN control over everyone’s domain names. If that happens, a highly entrenched foreign political power would have control if anyone’s domain expires earlier than expected, without option to renew – and perhaps even with more authoritarian controls.

This is the workings of the current government and system that everyone worldwide is paying taxes in support of. Please share this article and/or speak your mind directly with others who should be concerned as well.