The new landscape of the gLTD, Challenges and Solutions 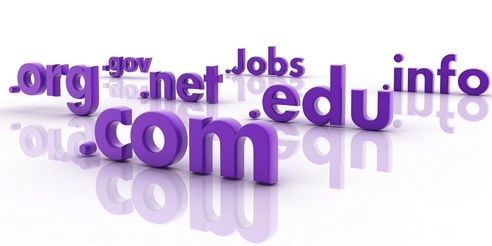 Did you know that 87 percent of internet users are uncomfortable when visiting new generic top-level domains? Or that according to the latest research by the NCC Group, that 40 percent of web users in both the United States and United Kingdom now fell less secure with the release of the new gTLDs.

In this survey, NCC Group surveyed 10,000 consumers on both sides of the Atlantic in collaboration with IDG Research Services. This survey saw its responses as part of the groups newest study released in April, the New Internet Study.

Interestingly, those respondents in the United Kingdom were slightly more trustworthy, 14 percent, compared to their American counterparts at 12 percent when it comes to trusting a new gLTD.

The respondents that were selected for this survey actively used the internet for transactional activities such as online banking, shopping or managing health care services. Thus, these respondents naturally would be more skeptical of these new gGLTs than those who are new to the internet.

However, this is not the first studying dealing with the issues surrounding the launching of new gLTDs. In a 2014 study by Sedo, they found that there are a number of hindrances for the adoption of gTLDs. These include everything from confusion, awareness, security and naturally the cost associated with both setting up and marketing.

This landmark study by NCC Groups was also backed up by a study by the Domain Name Association that echoed similar findings. They found that 14 percent of respondents within the United States preferred to shop with a retailer with a new gLTD, while across the Atlantic, those in the United Kingdom responded with 20 percent of a new gLTD as their preferred shopping choice.

The NCC Groups CEO Rob Cotton warns that businesses need to start to reconsider how they approach brand reputation within the new internet landscape and here at 4GoodHosting we know what it takes to make your company trustworthy. Whether you are moving over your current gLTD or creating a brand new brand as a gLTD we are your local experts to make it happen. The answer is to utilize a .trust TLD for your company, and begin to protect your brand reputation and ensure that your clients feel safe when they visit your site. Give us a click or call today, and see how 4GoodHosting can bring their years of experience and expertise to your brand and domain today.

Canadian ISP’s see decrease, while those in the south stay stable when it comes to law enforcements requests for information 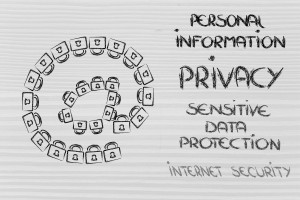 In the 2014 Transparency Report, the Canadian telecom Rogers Communication has reported fewer customer information requests since the Supreme Court ruled that Internet Service Providers could not voluntarily disclose customer information to law enforcement officials than in previous years. In 2013, Rogers had 174,917 requests for customer information, including addresses, billing records and names, but in 2014 there were only 113,655.

This is partly due to the Canadian Supreme Court ruling that barred ISP’s, including Rogers, from disclosing names, addresses and phone numbers of their clients at the request of law enforcement officials without a warrant from a judge. This landmark decision has seen the number of requests drop significantly, but requests that had a judge warrant only dropped by roughly 3000, from 74,415 to 71, 501.

As well, Rogers confirmed that they denied access to information, or were unable to return a customers information in 2,278 cases in 2014. Whether this was due to the changes, or simply due to not keeping long term records is unknown, but this also signifies a raise in denials.

As per the ruling, the other major carriers such as Bell Communications and Telus Communications also have seen a similar drop in requests. We were unable to acquire concrete numbers from the other two of the big three, but have been told the requests for both non-warrant and warrant requests have dropped significantly.

This trend in Canada has not been repeated in other parts of the world, and this is worrying to many within the data industry.

Just south of the border, the United States has seen a sharp increase in requests to the major providers, and this has not only been limited to telecommunication companies.

Multinational companies such as Microsoft and Google have been seeing a dramatic increase when it comes to requests. Google for instance has seen a 19% increase over the last year, and with the continued popularity of Google services that back up everything, this will only increase.

Although we are north of the border, here at 4GoodHosting we are proud to announce that when you utilize our services your information will not, under any circumstances be released to authorities without a warrant. We make sure that your data is safe and secure in our Canadian based data centres and continue to supply our customers with the best in class security and stability. Next time you are looking for storage options, the only place to look is at 4GoodHosting.

Canadian ISP’s and their third party relationships, is your data secure? 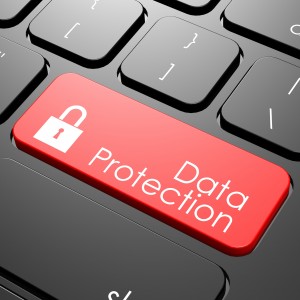 Do you know if your hosting provider here in Canada is releasing your personal information to US and Canadian authorities without your knowledge?

A new study released today by the policy researchers Andrew Clement of the Universtiy of Toronto, and Jonathon Obar of the University of Ontario Institute of Technology, in coordination with the Centre for Innovation Law and Policy looks at this exact question.

This study looked at the privacy practices of the top 43 Canadian internet service providers, and surprisingly finds that most of them will tell very little about what they do with your personal information. According to the study, many Canadian internet carriers are in violation of their legal responsibilities under Canadian Privacy Law.

The researchers based the internet service providers on 10 criteria including

The study reveals that a number of the top carriers in Canada in fact scored quite poorly on this scale. Our of the ten criteria, the average was two out of ten, which speaks to the issues around Canadian carriers.

Of the top isp’s in the country, the top scorer was the Ontario based Teksavvy with six stars. Telus received five stars for their services in Western Canada. While the other two members of the big three, Rogers and Bell, scored with scores of four and three stars respectively. Rounding out the major isp’s Shaw and Videotron were within the average at two stars each.

The researchers hope that this landmark study will lead to tougher Canadian privacy laws either through federal or provincial legislation. As well, they hope that carriers will become more transparent when it comes to providing customers information on how they handle their private data.
The issue with the lack of ISP transparency here in Canada, is it makes it difficult for domestic customers here in Canada to know who might be handing their data. No matter if it is the National Security Agency in the United States or the Canadian Security Intelligence Services here in Ottawa, their needs to legislated steps to protect personal data by the ISP’s.

The Office of the Privacy commissioner of Canada completed a poll on this subject, and its results showed that more and more Canadians continue to be concerned about their personal data. The poll found the majority of Canadians were not comfortable with government departments and agencies requesting personal information from ISP’s without a warrant. Further to this, Canadians continue to be concerned about how their data could be used for government surveillance without their knowledge. However it should be noted that nine of the top ISP’s received over one million requests from government departments for access to personal data on their servers. With very few of those requests denied by the ISP’s.

With this in mind, many of the discount ISP’s choose to route their services through transit carriers that are not located here in Canada to save money. When your information is routed, it loses all Canadian privacy protection, and allows for your information to be accessed by any third party, including the United States government.

If you are looking to protect your data, your best choice here in Canada is to trust the secure and stable experts at 4GoodHosting. We provide a stable and secure platform for your data, and unlike the leading ISP’s we do not share your data with third parties no matter what. As well, the only time we will release your data to the authorities is with a sealed court order. If you are looking for the best in security, the only choice here in Canada is 4GoodHosting.