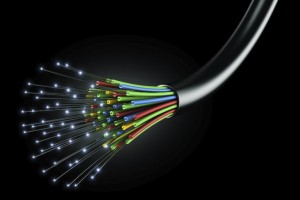 The CRTC’s services framework sets out the terms & conditions and rates whereby telecommunications providers are required to partition a percentage of their networks over to their competitors.

“As Canadians participate more actively in the digital economy, they will need access to higher Internet speeds to power their broadband homes and businesses. By continuing to mandate certain wholesale services, and including access to fibre facilities, we are continuing our work to drive competition so Canadians have access to more choice, innovative services and reasonable prices. At the same time, we fully expect that companies will continue to invest in their networks, including in fibre technology, to meet the growing needs of consumers.” – Jean-Pierre Blais, CRTC Chairman

On July 22nd, the CRTC announced measures to facilitate competition between companies that offer broadband Internet. These measures are intended to provide Canadians with more choices, foster innovation, and provide services at reasonable prices.

After conducting an extensive review, the CRTC found that large broadband companies continue to possess leveraged market dominance and anti-competition provisions of high-speed access services and the CRTC is requiring that they make wholesale access to these services available to competitors.

* The CRTC will continue to take action to ensure that Canadians have more choices for high-speed Internet services.

* The CRTC will continue to mandate access to wholesale services, including high-speed access services, to encourage competition in the broadband Internet market.

* Additionally, the CRTC is requiring that competitors have access to wholesale high-speed services of the large established companies that use optical fibre facilities.

* The CRTC is encouraging further investment in high-quality networks.

GMAIL a cover for BlackMail? They even modify what you write! 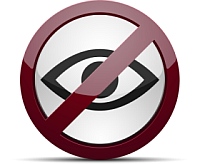 If you send an email to a friend who has a Gmail address, then according to Google’s own admission, “You have No Legitimate Expectation Of Privacy”, as brazenly announced by Google in August 2013.

blackmail[blak-meyl] noun
1. Any payment extorted by intimidation, as by threats of injurious revelations or accusations.

Would you be surprised to find out that Gmail actually modifies the text of personal emails if either the sender and/or the recipient of the email are using Gmail? You can conduct a test of your own to verify. Just send a Youtube link to or from a Gmail server. You will see that it has automatically replaced the Youtube link with a hyper-linked Title of the Youtube Video! Test it out. Send an email with a Youtube link (such as this one: https://www.youtube.com/watch?v=–qp1hzsDCM ) to your Gmail account. It will show up with the Title of the Youtube video as shown on Youtube itself, instead. This clearly shows that all of our emails are scanned.

Did you know that Gmail launched officially over 11 years ago on April 1st, 2004? April Fool’s day. A bit of foreshadowing perhaps? Although the majority of the public has held Google in high esteem, revering them as good “corporate citizens”, past performance has not always been a guarantee of future behavior. In other words, we should not go to sleep, and should remain vigilant to report any malicious activity on their part. Google contends that they have an obligation to report on Gmail users who break various rules outlined in their exhaustive privacy policy. Needless to say most people who sign up for Gmail simply do not take an hour to read over Gmail’s lengthy privacy policy. Also, as stated: it is subject to change at any time!

Gmail might not ultimately fit into the above definition of blackmail, however the payment being extorted doesn’t necessarily have to be a payment in “money”. In today’s world, “information” is a form of currency, which can be traded with a 4th party for real money or other favors, which can be secretly transacted under contract. In such a potential situation the recipient Gmail user would be the 1st party. You, the sender of email to your friend, the 2nd party. Google who processes, analyzes and stores your email content is the 3rd party. The 4th party could either be a government agency, another data-mining corporation, or perhaps a private investigator. Email goes along way today doesn’t it?

“Just as a sender of a letter to a business colleague cannot be surprised that the recipient’s assistant opens the letter, people who use web-based email today cannot be surprised if their emails are processed by the recipient’s [e-mail provider] in the course of delivery. Indeed, ‘a person has no legitimate expectation of privacy in information he voluntarily turns over to third parties.'”

eCommerce revisited, as the Internet is not going away… 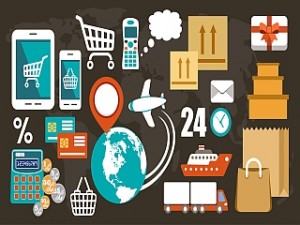 Have you had an idea to create an online, or e-commerce store? It is certainly possible to sell products over internet the if you have the proper resources, passion, time, and dedication. No doubt there is plenty of competition out there, but building and managing an ecommerce website has at least become easier and more affordable then ever before, especially with 4GoodHosting’s services.

What is needed?
There are many free applications available, so setting up a store does not require a large outlay of money to get started. We offer many e-commerce shopping cart selections to choose from – installation is straightforward and easy with our Softaculous application installer. OS Commerce, PrestShop, ZenCart, Magento are some of the popular choices, but there are about about 14 different choices within our installer. These solutions have been built to help get your shop online as quickly and effortlessly as possible. All of them offered for free, at no additional charge with your hosting account.

You can read about them and compare their capabilities and test-drive a demonstration within the Softaculous installer. These solutions may not possess the custom perfection of an in-house solution, but showcasing your products on the Internet sooner rather than later is a clear advantage.

With a working ecommerce store in place under the domain name of your choice, decorated with the theme of your choice, and populated with your product line its important next to be able to facilitate transactions.
Customers are likely only going purchase your products if there are many payment options available that they trust. PayPal typically offers the easiest integration, although their 2.9% surcharge + $0.30 fee per transaction can add up quickly. Once you have made some sales, there is no better solution than setting up merchant accounts with card vendors to enable credit card transactions.

Techniques for learning from the competition 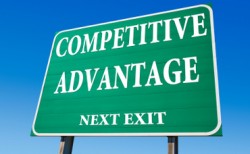 Learning about our competition is one of the best ways to improve what we do. It takes a sense of humility to understand that we may not be the best, most popular, or at least the most-established service yet. But we essentially have to keep an eye on our competition in the marketplace, and that is relatively easy to do through the Internet. There are various factors that will either help us advance or fall behind in market-share; so managing those factors appropriately is key to maximizing success.

Pride can be a good and bad thing. It can be a rewarding feeling for a job well done, or it can blind us in turn from learning how we can further improve our business.

A willingness to set pride aside, perform an analysis of your competition, and implement the better aspects of their strategies – will ensure you the greatest possible success.

Humility
Confidence and humility go hand-in-hand because it takes confidence to confront our shortcomings. Accepting our individual situation is the first step in properly understanding our competition. We must put our egos aside and we shouldn’t sugar-coat hard truths as doing so can defeat the purpose of the overall analysis. Where do business’ analytic results fall short from your current goals, and by how much? How far of a distance are you from meeting your goals?