The advantages of attaching mobile website to your existing website can be highly advantageous in today’s mobile-equipped world population. When people are out and about, and certainly at times when someone’s home internet service is interrupted, people look up information through their Android smartphones or iPhones. When our friends, family, and neighbors are commuting in their cars or on a train or just walking around downtown – they after often web searching for local, national, or even global businesses.

Every day, the number of mobile devices (especially smartphones, android tablets, i-pads) grow rapidly. Literally hundreds of thousands more worldwide are upgrading from old-style cell phones to larger screen smartphones. Most everyone eventually will choose to have the internet in their pocket. And already today every other person doesn’t leave home without his/her cell phone, especially teenagers; as everyone knows.

Mobile websites are really new marketplaces, like desktop/laptop websites have created; and are always winning new customers to a greater degree each new day.

Google is suggesting that SSL-encrypted websites (https://…) will rank a bit higher than (http://) sites. 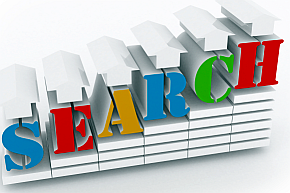 Dear 4GoodHosting customer, now google is suggesting that everyone buy a SSL certificate for their website; in yet another way they are declaring it will soon give websites a small boost in rankings. They are using this with the excuse that such websites are less vulnerable to giving up site passwords via unencrypted network traffic that your website generates as pages traverse across the internet.

We are not excited nor promoting this; hoping that we sell more SSL certificates to our customers. We generally think google has too much power already to be calling such absurd shots anyhow. And we barely make any profit on our SSLs, as they are already priced quite near rock bottom. http://4goodhosting.com/sslcertificates.html

We however, just want to express on our blog, not only this ‘insight’ into google’s next ranking algorithm, but we just want to show you a sampling of how a lot of people out there feel about this ‘non-content’-related google search engine ranking factor:

List of some intelligent and eloquent tweets on the topic:

The information on my site wouldn’t change if it were switched to https, so should https really be a ranking signal? — Bill Slawski (@bill_slawski)

I wonder how many people at Google today are laughing at everyone ready to jump through hoops again. Next “Now we want floating snowflakes.” — Melissa Fach (@SEOAware)

Google launches domain registrar. Google encourages use of SSL for SEO that are a massive pain to buy. Next, Google starts selling SSL… — Ben Hall (@Ben_Hall)

Why would your website need Windows server for hosting? 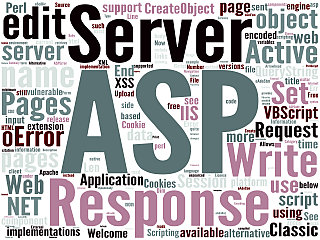 Why would your website need Windows server for hosting?

Today, websites mostly run either on a Linux or a Windows based web server. However, a large chunk of sites run using Linux hardware. If your site is a HTML-based static web site, the operating system of your hosting server won’t make any difference but, it makes difference when your site uses dynamic scripting languages like ASP or PHP/Perl (Linux technologies). Yet there has been success when websites run on PHP and Perl on Windows OS for years together. But, the licensing and technology for running ASP and Microsoft databases is being ironed out. A Windows server runs an MS Windows IIS (Internet Information Server) and is important for websites based on ASP/.NET scripting languages whereas, a Linux server is used for running the remaining websites, which is more in usage because of its availability at no cost.

How the hosting computer is compatible with your home computer?

Some people are worried about the compatibility of their system with the web hosting system. They are unnecessarily worried whether their system is compatible with the web hosting system. In reality, you won’t run any program from your system on host’s web server. And, the host won’t run anything on your system. So, it doesn’t matter what type of system you use. The only thing that makes a big difference visible is a Windows server runs a Plesk control panel. On the other hand, Linux uses cPanel to manage the hosting accounts of the users.