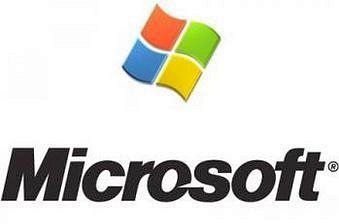 (US & Canadian News) Microsoft actually championed a huge victory in regards to user privacy {which certainly has affect on Canadians using Microsoft products and services: Email, Cloud Storage, Skype, etc.) on July 28th. An appeals court has ruled that a federal warrant to seize email from a Microsoft server in “Ireland” is invalid.

Federal investigators received a spy warrant (for email contents) as part of a criminal investigation in December 2013, which touched off a debate between the tech-industry and law enforcement about jurisdiction & data storage.

The timing of this coincides with Microsoft’s Worldwide Partner Conference (WPC) – where the company’s president and chief legal officer Brad Smith promoted a vision for the internet that “respects people’s rights” and is “governed by good law.”

Microsoft said: “We obviously welcome today’s decision by the United States Court of Appeals for the Second Circuit. The decision is important for three reasons: it ensures that people’s privacy rights are protected by the laws of their own countries; it helps ensure that the legal protections of the physical world apply in the digital domain; and it paves the way for better solutions to address both privacy and law enforcement needs.”

Privacy protections for information stored on paper should persist as data moves to the cloud. This decision helps ensure this result.

Microsoft has publicly acknowledged a need for cloud providers, particularly those based in the U.S., to win back over consumer trust.

Representatives for like-minded lobby groups include: the EFF (Electronic Frontier Foundation), i2Coalition, plus big tech companies such as: Rackspace, Apple, Amazon, Cisco, Hewlett-Packard, and Verizon – and notably in this case Ireland’s Parliament – and each submitted briefs in support of Microsoft’s initial statements and position.

“We conclude that Congress did not intend the SCA’s warrant provisions to apply extraterritorially,” the judges said in the ruling (PDF). “The focus of those provisions is protection of a user’s privacy interests. Accordingly, the SCA does not authorize a US court to issue and enforce an SCA warrant against a United States‐based service provider for the contents of a customer’s electronic communications stored on servers located outside the United States.”

Thank you for reading and sharing the 4GoodHosting Blog.