What happens if we simply allow governments to make all the regulations and rules? 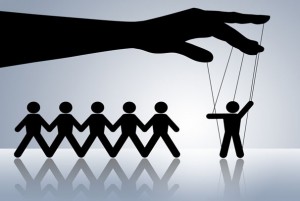 What happens if we simply allow governments to make all the regulations and rules, not us, and let corporations argue about it, not us?

That would be the clear merger of state and corporate power, which are the only two ingredients in the recipe for fascism; which has always occurred through all of the past two centuries of history under similar circumstance.

Our case in point for this article is: Google Claims Opposition to New (without public consent) Rule that Gives American Federal Judges and their Government Omnipresent-Global Search Warrant Powers.

The American “Advisory Committee on the Rules of Criminal Procedure” is quietly and slying consider changing a rule would allow judges to issue “ global warrants” to search computers (ie. your/anyone’s computer) and networks which are outside of the judge’s district.

So, they wish to give the already outrageous NSA-spylike powers to all of their federal judges? If so, shouldn’t the American people be having some say on that particular huge issue? But they seem so utterly passive. Do the American people really need a “congress” to echo their concerns and trust that their elected officials vote likewise -> when today people can theoretically all take a vote simultaneously on the internet? The simple point is that individual citizens should claim their right to express their opinion publicly or privately over the internet without government suppression of it, nor interference.

And why should we care? Because what happens in America certainly affects us here too; especially when pertaining to the internet.

Back to the current scoop… Google has again surprised us all by just suddenly announcing an always-untimely proposed change to a procedural rule; which the google representative says could have “profound implications for the privacy and security of all web users”.

Into the nitty-gritty – American Federal Rule of Criminal Procedure 41 dictates that federal judges cannot issue warrants to search things outside of their district, with specific exceptions. The US Department of Justice asked the Advisory Committee to make changes to allow the government to conduct “remote access” searches of content stored in a location “concealed through technological means,” { they are also saying they don’t want their monitoring to be able to be monitored } and to and for so-called “botnet “investigations; which that part seems partially legitimate as botnets are are commonly used in DDoS attacks.

Inside a recent Google policy blog post, ( a blog – really – is that the best a 100+ Billion dollar conglomerate can do? ) the corporation argues that there are many obvious and hidden problems with the proposed change in rules.

Their post suggests that the top down rule change was to to apply to any and all computers and devices in the United States borders. But Google says the literal words of the proposed change start to allow an unlimited number of warrants to be issued to search media stored anywhere “in the world”.

But a change in the rules wording could undermine the Mutual Legal Assistance Treaties and other prior diplomatic agreements; which currently allow for international investigations and co-operation.

So then, what do our neighbors, the American people, even need a congress for – if the individual citizens could theoretically vote on new propositions or issues or “rules” or “regulations” over the internet. Congress would be unnecessary if once per week, or perhaps once per month, the American citizenry could instantaneously and simultaneously vote on issues of major importance? So we are wondering – do the people not even want to adopt a better democratic tool than their elected congress? Ever? Even if their congress doesn’t even guard their constitution & Bill of Rights anymore?

Congresspeople were commissioned by their constitution to relay local state opinions so the congresspeople could vote for in the interests of their constituency, their voters. However not only is the congressional system today corrupt, and rigged, but it is by design inefficient, in comparison to new advances in communication – such as computers, networks, and the internet. This is a big point, so we’ll keep that message short and simple wrapped in this one paragraph, in perhaps still irrational expectation of most everyone considers copy & pasting this paragraph, or article link, and everyone decide to read and consider this one article .

Further, Google also says the term “remote search” is not properly defined and therefore can imply any kind of search. This could mean that even VPNs, private company virtual private networks, are subject to search warrants from anywhere across their constitutionally-broken country, even if the servers are located in another country!

And just a Google representative is talking out at first – and on Google’s blog? Seems odd. There should certainly be millions of more concerned parties, or maybe 350 million concerned American citizens talking about it already, including some of us, eh?

Should “the system” be given powers to turn all the us or all the world into a spy surveiled totalitarian prison, especially at the level of our own computer keyboards and microphones?

That’s a big deal isn’t it – enough for you to possibly forward to article to everyone in your contact list?

This article was brought to you by 4GoodHosting.com. If you decide to send it to your friends, please either copy and paste the text or the link – as this issue is not about just one hosting company, it is about virtuously everything.