SSDs, about the technology and its solid hosting advantages 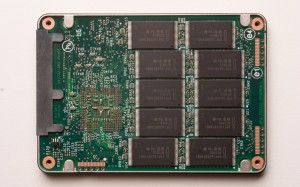 This article is about how flash-based Solid-State Storage Drives, or SSDs, mass storage devices are designed and manufactured.

A Solid-State Drive (SSD) is a type of data storage device that uses integrated circuit assemblies in silicon memory to store data persistently. However it has no “drive” or motor, nor any actual moving parts. Pretty much just infinitesimally small electrons move around in a SSD drive. As of 2015, most SSDs use NAND-based flash memory, which retains data without power. 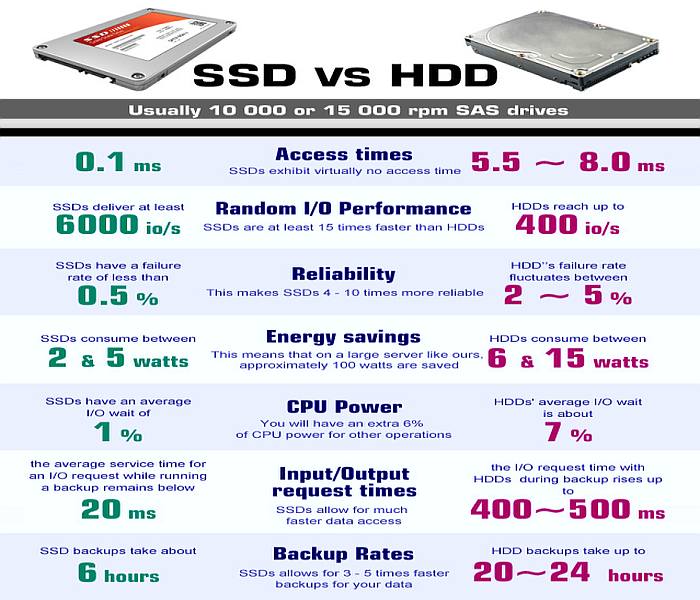 Here is a short video view into a Micro SSD factory: https://www.youtube.com/watch?v=PK-fXJnR5K0

Just 1G of storage take over 8 Billion transistors all wired up precisely without 1 wire out of place. As there are 3 wires for each memory cell, that is a sum total of 24 billion microscopic wires to make up 1GB of storage. Yet SSDs even come in 1TB, or Terabyte capacities. There are 8TB of SSDs available on the market today. So multiply 24 billion by another 1000, as 1000 gigabytes = 1 TB, so that is 8 billion transistors and 24 Trillion wires in our Enterprise Flash Drives (EFD – another name for Enterprise hosting grade SSDs).

Most of the advantages of SSDs over regular hard drives is due to a SSD’s ability to read and write data completely electronically instead of electro-mechanically; which allows for incredibly fast access and transfer speeds and shock proof reliability. The only advantage hard disks offer is a much reduced price for their capacity. While the price of SSDs have continued to lower over time, SDs are still roughly 6-7 times more expensive per gigabyte than hard drives.

Every SSD includes a microcontroller, which is the “SSDs brain”, that bridges the NAND memory chips to the host computer. The controller is an embedded processor that runs firmware-level program code. It is one of the most important factors of SSD performance. Some of the functions performed by the controller include: Error-correcting code, Wear leveling functions (allowing the SSDs to last for a decade or more), Bad block mapping, Read scrubbing, Power loss recovery, Read and write caching, Garbage collection, and optionally, Encryption functions.

We use banks 2.5-inch 1T SATA 3.0 (6 Gbit/s) Intel model series EFDs/SSDs in our hosting servers.
Enterprise flash drives (EFDs) are designed for applications and hosting servers which demand high I/O performance (IOPS), energy efficiency, reliability, and consistent performance. An EFD is a SSD with a higher set of specifications; compared with SSDs that would typically be used in desktop or notebook computers.

A flash-based SSD typically uses a small amount of DRAM as a non-persistent cache, similar to the buffer memory in hard drives. An index of wear leveling bit-streams is also kept in the cache while the drive is functioning.
Please see our new selection of SSD shared hosting server plans and SSD Shared hosting plans, SSD Linux VPS Hosting, SSD Windows VPS hosting