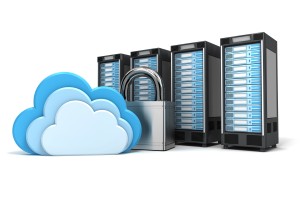 It wasn’t that long ago that cloud storage was making quite the splash on the IT scene, and the fact that retaining files and data didn’t have to exclusively occur within hard drives was quite a revolutionary development. Right from day one, however, some people had concerns about the security of their information and other concerns related to a form of storage that wasn’t exclusively theirs.

If it’s not my storage, they asked – then what’s to stop someone from reaching into that ‘cloud’ and helping themselves?

The question’s fair enough, and in truth there’s been increasing concerns over pretty much every aspect of exchanging data over the Internet. A public survey down south in the States earlier this year revealed that 47% of people have cloud security concerns, and 80% of respondents support federal certification of cloud services.

We can’t be certain if those same percentages would be reflected up here, but they likely would be. The next question, though, would quite naturally be – what would a web hosting or other related-service provider have to do, show, or prove to be federally (or nationally in our case) certified?

There are all sorts of examples. Amazon’s Kindle and Apple’s integrated cloud are two good ones of where extremely in-demand products are establishing the cloud as the norm for accessible data and services. Small and medium sized businesses are also coming around en masse to cloud hosting, and e-commerce is especially familiar with the cloud now too.

So for as uniformly well-received as its been, the overall security of cloud computing is still a work in progress. But the key word there is progress. Progress is being made, and recently very much so.

It’s a common belief that – because the cloud is so increasingly popular and yet still a remote ‘location’ for external storage – hackers will be particularly enthusiastic about seeing if they can get their way in and pillage the village. The extent to which that’s true is highly debatable, but fact is it’s increasingly important for web hosting companies offering cloud products to anticipate weaknesses in cloud security and address them aggressively.

It’s the everyday guys and gals who are becoming more savvy with potential security issues connected to cloud computing, and as such web hosts are often being presented with very direct questions about what they do to counter very specific risks. We’ve seen a trend where people see ‘malware’ as more than just a strange word, and are now actually quite familiar with it and the threat it poses.

We think that’s great, an informed consumer is good for everyone in the big picture and the more of them that push us to be at our best makes for better service and more satisfied customers along the way to being a more successful business.

More and More – And More – Differentiation Among Cloud Providers

The third more there was definitely intentionally added for effect, but it’s not entirely out of place as there has been extensive differentiation among cloud providers in the last few years.

The aforementioned trend of catering to security concerns had contributed to it, but equally front and center behind the trend is a focus on creating infrastructure that works more effectively for specific user groups.

This inevitably leads to increases in service rates, but solid infrastructure is definitely worth the money for most of us so that’s unlikely to see much opposition. One very noteworthy trend here is automation with the way individuals receive these different ‘wrinkles’ to their cloud hosting and services. For you as a consumer, it’s going to be helpful to understand how your host’s processes are going to go with all of this, so feel free to ask if there’s anything you want / need clarification on.

Then there’s the issue of communicating advantages to customers. Quality customer service is important, but it’s only part of the equation. Cloud web hosting providers need to also find proven-advantageous points of differentiation and market them to customers effectively.

One such example is Cloud VPS hosting, with all the ‘elbow room’ of a virtual private server paired with the super functionality of the cloud.

There’s sure to be more developments regarding Cloud hosting in the near future, and as always we’ll be as on top of it here at 4GoodHosting.