Intel has recently unveiled its ”7th-generation” core processors, with the promise of improved performance. 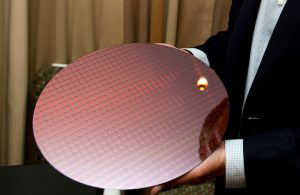 A new 7th generation processor die is pictured to the left.

The new processors have new numbered codes to identify them as 7th generation, but, these codes also mix the “Core m” name in the with the “Core i” branding. “Core i” processors have always been powerful processors for high-end laptops and “Core m” processor are typically used in in smaller and less-powerful devices. However, processors which were formally called the m5 and m7 and now listed under the i5 and i7 lines.

Intel stated on their website that the renaming decision is intended to make it simpler for consumers to select a processor – but we think the naming convention will just befuddle our customers. Consumers can still identify the ‘Core m’ chips in the ‘Core i” range by looking out for a ‘Y’ in the number.

“Kaby Lake” is the code name for Intel’s 7th generation Core processors. It is a relatively a minor upgrade over 6th-gen “Skylake” release, yet it is still an significant improvement which makes 2017’s pc and laptop market ever more interesting.

Kaby Lake is a minor upgrade which means there are really no major structural changes to overall design and what the processor capable of. Previously, each generation saw a reduction in process size, smaller and lower power consumption and a more powerful architecture.

From Intel’s own recent press release, here are the 7th generation’s improvements:

Faster and more responsive: Intel’s engineering and manufacturing teams have drawn even more out of our 14nm process technology with what we call 14nm+. 7th Gen Intel Core delivers up to 12 percent faster productivity performance and up to 19 percent faster web performance over our previous generation from just a year ago.

Opens a world of user-generated 4K UHD content: People can now view the 4K UHD content being shared on sites like YouTube and watch for longer on 7th Gen Intel Core based systems. But they also have the power to create, edit and share their own 4K UHD and 360-degree clips up to 15 times faster than on a 5-year-old PC thanks to the work we’ve done under the hood with our new media engine.

Gaming on the go: Gamers will see a threefold improvement in graphics compared to a 5-year-old PC, meaning you can play popular games like Overwatch™ anytime and anywhere on a thin, light laptop. And with Thunderbolt 3 support coming to more devices, gamers can use a single cord to plug in an external graphics dock and 4K UHD monitors for top-line gaming performance.

Powers the thinnest and lightest devices ever: Just compare what is available now to a 5-year-old PC, and it’s obvious how far we’ve come. Some of the new 7th Gen Intel Core PCs are thinner than a phone, with the full performance expected from a PC!

For advanced techies: Kaby Lake desktop chips will use the same socket type (LGA1151) as the current 6th-generation Skylake hardware.

So if if you have a 6th-generation motherboard designed for Skylake chips (H110, B150, Q150, H170, Q170 and Z170), a new Kaby Lake processors should fit in nicely. But, you should confirm this with the manufacturer as a BIOS update will be required to get a new the processor to play nicely with motherboards released with an older chipset.

Thank you for reading the 4GoodHosting.com blog.