[This is] going to wind up breaking the Internet – Google CEO 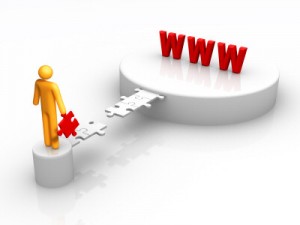 On a Wednesday afternoon in the first week of October 2014 in Palo Alto California, some of biggest names in technology, together many less famous others, were talking with harsh words in response to the ongoing US government surveillance scandal; during a meeting to discuss the potential of the ever creeping state funded spying activities.

They spoke their thoughts on the matter to a Senator from Oregon, Ron Wyden. Google’s CEO warned that the impact of all the hyper-surveillance is “severe and getting worse.”

Fired NSA employee Edward Snowden exposed the US government’s creepy and secretive multi-billion dollar surveillance activities; by coping thousands of official documents (perhaps to a tiny memory card) that clearly outlined the mass surveillance of regular internet user to be far more extensive than the ever-gullible population were aware of.

World-wide effects and ramifications on the US economy

The concerned interests focused on the sequence of issues…

after of the uncovering of the massively illegal and unconstitutional mass spying on all of our digital ‘effects’. They talked about how some governments are already seeking to make technology companies build their data centers <i>within</i> their borders in order to improve security (from the NSA spies and peeping-toms). The tech companies generally said, if most countries end up following that path the costs would be astronomical would without any doubt damage the US economy.

Example fallout from it all has already hit American companies such as Verizon; which recently lost its contract with the German government over concerns about network security. Snowden’s documents pointed out that more than 100 world leaders were swept in for surveillance by the NSA, with German leader Angela Merkel as a leading example.

Lack of trust in Ecommerce?

Bradly Smith, of Microsoft, raised concerns at the meeting, stating that “in the same way as someone wouldn’t leave their money with a bank they don’t trust, nor would they use an Internet they don’t trust.”

Senator Ron Wyden said that while he believed some government surveillance is necessary, he agreed there is a need to make changes to existing US laws { The Constitution? – as any such law that violates the US Constitution can automatically be considered null and void } to rebuild the trust in governments around the world.

Affirming that there has already been and there is quite logically an ongoing threat to e-commerce, Senator Wyden ‘promised’ to do his best to persuade lawmakers to take necessary action; which would include placing strict controls on the NSA.

“The message here today is that there is a clear and present danger to the Internet economy,” Wyden added. “The reality is that we can pass a good bipartisan bill by the end of the year.”

But can we all just relax now? Don’t we all have to do a little something to preserve our privacy and sense of freedom?

This blogpost was brought to you by 4GoodHosting.com.