Defining DNS…. And What’s Exactly In It For Hackers?

DNS isn’t exactly a buzzword in discussions among web hosting providers or those in the web hosting industry, but it’s darn close to it. DNS is an acronym for Domain Name Servers and what DNS does is see to it that after entering a website URL into your browser you then end up in the right spot – among the millions upon millions of them – on the World Wide Web. 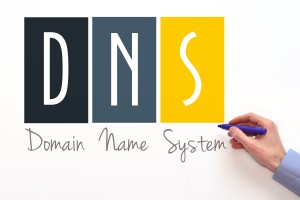 When you enter this URL, your browser starts trying to figure out where that website is by pinging a series of servers. These could be resolving name servers, authoritative name servers, or domain registrars, among others. But those servers themselves – often located all around the world – are only fulfilling an individual part in the overall process.

The process itself is a verification of identities by means of converting URLs into identifiable IP addresses, which the networks communicate with each other and by which your browser confirms that it’s taking you down the right path. In a world with literally billions of paths, that’s a more impressive feat than you might think, especially when you consider it’s done in mere seconds and with impressive consistency.

It’s quite common to hear of DNS in conjunction with DDoS, with is another strange acronym that is paired with the term ‘attack’ to create a phenomena noun. What DDoS is and how it’s related so explicitly to DNS much of the time is as follows:

A DDoS attack is a common hack in which multiple compromised computers are used to attack a single system by overloading it with server requests. In a DDoS attack, hackers will use often use infected computers to create a flood of traffic originating from many different sources, potentially thousands or even hundreds of thousands. By using all of the infected computers, a hacker can effectively circumvent any blocks that might be put on a single IP address. It also makes it harder to identify a legitimate request compared to one coming from an attacker.

The DNS is compromised in the way browsers essentially can’t figure out where to go to find the information to load on the screen. This type of attack happens typically involves hackers creating a little army of private computers infected with malicious software known as a Botnet. The people that are often participating in the attack don’t realize their computer has been compromised, and is now a part of the growing problem.

Why Go To So Much Trouble?

With all of this now understood, it begs the question – What’s in it for hackers to do this? 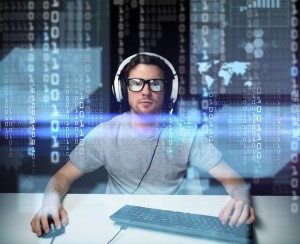 It’s believed that the initial appeal of hacking is in proving that you can penetrate something / somewhere that’s purported to be impenetrable, and where someone with a skill set similar to yours has gone to significant effort to make it that way. It’s very much a geeks’ chest thumping competition – my virtual handiwork is better than yours!

As hackers become established and the ‘novelty’ of hacking wears off however, these individuals often find new inspiration for their malicious craft. The more time they spend doing it, the sooner they realize that a certain level of skills can introduce them to opportunities for making money with hacking. Among other scenarios, this can be either by stealing credit card details and using them to buy virtual goods, or by getting paid to create malware that others will pay for. And that happens much more often than you might think.

Their creations may silently take over a computer, or subvert a web browser so it goes to a particular site for which they get paid, or lace a website with commercial spam. As the opportunities in the digital world increase, hacking opportunities increase right along with them and that’s the way it will continue to be

Here at 4GoodHosting, we are constantly reevaluating the security measures we have in place to defend our clients’ websites from DDoS attacks, as well as keeping on top of industry trends and products that help us keep hackers and their nefarious handiwork away from you and your website. It’s a priority for sure.