Your Need-to-Know for Thunderbolt 3 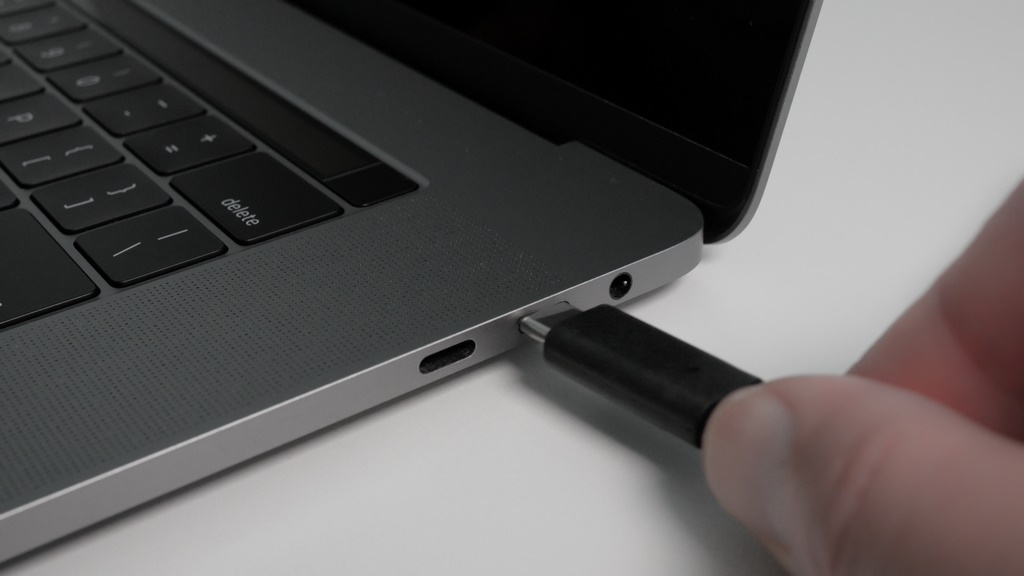 Optical data transfer has been an absolute godsend for business computing interests since the USB cable arrived on the scene many, many years ago. Since then what was speedy has become downright fast, and when Apple introduced Thunderbolt technology nearly 10 years ago it was definitely a game changer for rapid charging and transferring large quantities of data between devices without having to twiddle your thumbs for a long time while that task was completed.

It would seem that the speedy transfer revolution isn’t done yet, as instead of competing with the USB-C port, the Thunderbolt 3 port that’s been on the scene since 2016 has decided to join forces with it to offer the newest and best choice for lightning-fast data transfer and charging capabilities.

Here at 4GoodHosting, we’re just the same as any other good Canadian web hosting provider in that we know that even the most layperson individual is going to have large-scale data transfer tasks from time to time, and if not more often than that. Thunderbolt 3 is definitely going to be the solution of-choice for both Mac and PC users, and for people who are in business or creative arts it’s going to be a game changer for sure.

As mentioned, Thunderbolt technology has been around since the late 2000s, but once Thunderbolt 3 showed up in 2016, times had changed. USB-C had stolen the thunder and emerged as the latest version of the standard – an updated and powerful USB cable that could deliver up to 15 watts of power for devices and up to 100 watts for charging compatible laptops or similar devices. This was a major advancement for USB, and the future of many common computer connections was changed for good.

The guys behind Thunderbolt’s development at Apple had to make an objective decision. What they chose to do is rather than facing off against USB-C, they chose to join with it. Thunderbolt 3 then ditched the old DisplayPort connection base, and decided to go with a USB-C connection. Combining the two technologies has resulted in one particularly powerful hybrid.

By going with USB-C Thunderbolt 3 was able to make the leap from Apple devices to other PCs and laptops, a process that for many people was long overdue. The only downside has been the issue of compatibility. If you’re using Thunderbolt or Thunderbolt 2, the new USB connection isn’t compatible with yours unless your purchase a pricey adapter.

What can you do with a USB-C Thunderbolt 3 port today? Here’s some of the most common examples:

Some may not know which type of port they have. To determine whether or not your USB-C port is actually Thunderbolt 3, you can look for the little Lightning bolt symbol near it, and this symbol is usually what differentiates it from a conventional USB-C port.

Thunderbolt technology got its start in the late 2000s as an Intel project called Light Peak. The aim for this project was to add optical data transfer to traditional data transfer used with computer peripherals – which is by and large combining wire and fibre optics. Engineers soon came to understand that the prototypes with the old copper wiring standard were already achieving satisfactory results at a much a lower cost.

Thunderbolt then made its debut in the early 2010s, and at first was available only on Apple devices. It was seen as very promising by designers and engineers who were using laptops but still needed high-powered connections to external storage, high-resolution displays, and so on.

However, as the first Thunderbolt release was only available for Macs for the first year or so, it didn’t have the wide reaching usability and appeal that its creators had in mind for it. In addition to limited availability, this new tech required unique Thunderbolt cables, and at around $50 they were expensive.

In June of 2013 Thunderbolt 2 was released with the big promise of being enabled for simultaneous 4K video file transfer and display. Thunderbolt 3 arrived just a couple of years later in June 2015, and devices using it came out in December of that year.

Thunderbolt 2 combined the two 10 Gbps bi-directional channels of the first cable and created a single 20 Gbps bi-directional channel that could provide a lot more power to peripherals when necessary. They proved they had higher speeds than any other popular peripheral cable of the day, but the most relevant difference was their 4K compatibility. Users who depended on Thunderbolt connections could now know that the highest resolutions would be supported when necessary.

The new Thunderbolt standard made it so that with a little extra hardware to work with the updated USB-C port, even the USB-C’s data transfer and powering capabilities had been outdone. Dedicated Thunderbolt ports were now a thing of the past, and that’s why USB-C ports can come with or without Thunderbolt 3 capabilities, and USB-C cables may or may not be compatible with Thunderbolt 3.

Charging devices using USB-C Thunderbolt connections has become more common. Compatibility has been expanded to include the USB 3.1 cable standard, but USB is moving to a more complicated standard setup with 3.2 and is set to appear on the market soon and will include several different varieties with different capabilities.

It should also be mentioned that the USB 4 standard is on its way, and it is reported to have speeds that can rival Thunderbolt 3. According to official data, USB 4 will offer two-lane data transfer with total speeds up to 40Gbps and its being more open-source will encourage more manufacturers to use it.

Consider security threats as well. Security experts recently warned of the Thunderclap vulnerability on Macs and PCs. This vulnerability allows hackers to use the Thunderbolt port to access and steal files on a computer via a device loaded with the right malware by bypassing Thunderbolt security measures in seconds. It’s something to be very aware of and reminder that you should never use these ports with unfamiliar devices.

Merry Christmas to Everyone from all of us here at 4GoodHosting!