It can take a lot of time to properly research a web host and there is still a certain probability that you may end up with a bad one. The servers may go offline, it may be hard to reach a human being there, they may let their server get overloaded causing it to slow down , or the company could be bought and sold. For those reasons and possibly many more, you might find yourself having to move your website to a good web host; for example 4GoodHosting. ; ) 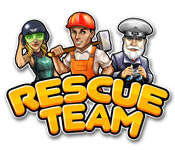 WordPress is the most popular blogging platform, is is offered by most web hosts; although there a several other popular choices as well. When relocating your WordPress blog, you will need to go through the following steps. These steps also serve as a general outline for other blogging scripts too:

What you should know about “net neutrality” today.

The decision was a powerful victory for Verizon, as it ok’d the company’s right to favor some types of internet traffic and services over other packets of data. So for example, ISPs are free to choose to block or slow down websites such as Netflix; or any others at any time. That just sucks rotten eggs, eh? In essence free speech just went to potentially limited speech as it seems.

Although the FCC won’t appeal the ruling, a spokesperson said chairman Tom Wheeler promises to establish new rules that ISPs from charging other companies, like 4GoodHosting?, a fee to get the highest performance speeds. Yet, will that turn out to be an empty promise? Something said to quiet people down for a while about the issue?

The FCC’s new rules will reportedly debut in late spring or early summer of this year.

One of many petition links: http://act.credoaction.com/sign/verizon_netneutrality

Like you, 4GoodHosting supports the free and open ideals of net neutrality.

IPv4 Addresses to be Depleted by December 2014: Infographic

Singapore has the highest number of IPv6 certified engineers as well as the highest percentage of IPv6 capable networks (38.57 percent) compared to other countries around the world, according to an infographic released on Monday. 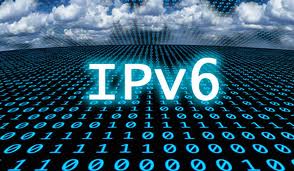 Network Utility Force, an organization that provides IPv6 training and IPv6 network design and implementation, released the infographic to provide a look at the IPv6 migration landscape and some challenges in IPv4 exhaustion this year.

“Based on our IPv6 work to date, including work for our current customers, 2014 appears to be the year ARIN will have no more IPv4 addresses to allocate,” Brandon Ross, co-founder, CEO and Chief Network Architect of Network Utility Force said. “To that end, we expect 2014 to be a growth year for IPv6 migrations and deployments, and thus, forecasting and budgeting at the beginning of the year will be important, as engineering resources are limited.”

While Network Utility Force has an obvious motive for releasing the infographic, it does provide an interesting look at international adoption of IPv6.

According to the infographic, IPv4 addresses will be depleted by December 2014.