Project Pathfinder for an ‘Even Smarter’ SIRI 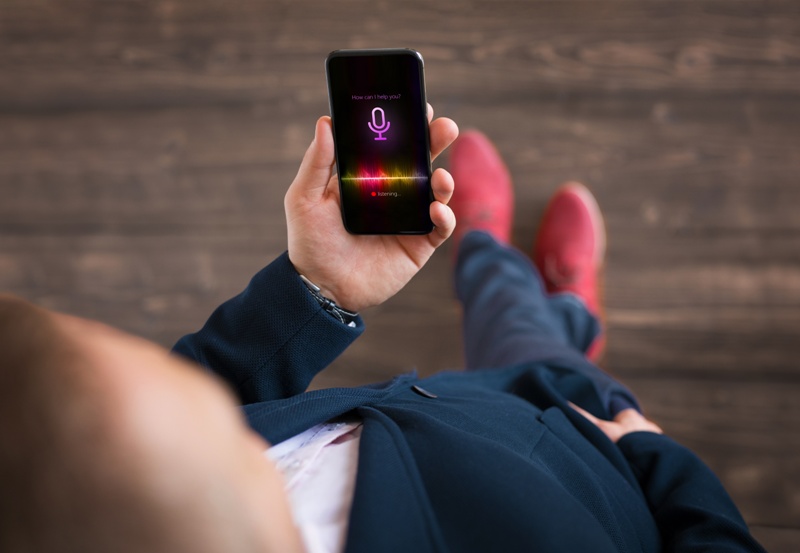 AI continues to be one of the most game-changing developments in computing technology these days, and it’s hard to argue that there’s no more commonplace example of AI than in the digital assistants that have nearly become household names – Apple’s SIRI and Google’s Alexa. Even a decade ago many people would have stated their disbelief at the notion that it might be possible to make spoken queries to a digital device, and then have them provide a to-the-minute accurate reply.

The convenience and practicality of AI has been a hit, and what’s noteworthy about it is the way that folks of all ages have taken to it. After all, it doesn’t even require the slightest bit of digital know-how to address Siri or Alexa and rattle of a question. Indeed, both tech giants have done a great job building the technology for their digital assistants. With regards to Siri in particular, however, it appears that Apple is teaming up with a company that’s made a name for themselves developing chatbots for enterprise clients.

Why? – to make Siri an even better digital assistant and even more the so the beacon of AI made possible for everyday people.

Here at 4GoodHosting, like most Canadian web hosting providers we have the same level of profound interest in major developments in the computing, web hosting, and digital worlds that many of our customers do. This zeal for ‘what’s next’ is very much a part of what makes us tick, and this coming-soon improvement to Siri makes the cut as something worth discussing in our blog here today.

The aim is to make it so that Siri gets much better at analyzing and understanding real-world conversations and developing AI models capable of handling their context and complexity. In order to do that, they’ve chosen to work with a developer who they have a track record of success with. That’s Nuance, who is an established major player in conversation-based user interfaces. They collaborated with Apple to begin with Siri, and so this is round 2.

As mentioned, Nuance’s present business is focused on developing chatbots for enterprise clients, and so they’re ideally set up to hit the ground running with Project Pathfinder.

The focus of Project Pathfinder came from Apple’s belief that machine learning and AI can automate the creation of dialog models by learning from logs of actual, natural human conversations.

Pathfinder is able to mine huge collections of conversational transcripts between agents and customers before building dialog models from them and using those models to inform two-way conversations between virtual assistants and consumers. Conversation designers are then more able to develop smarter chatbots. Anomalies in the conversation flow are tracked, and problems in the script can then be identified and addressed.

Voice assistants like Siri and Alexa have inner workings that make it so that your speech is interacting with reference models. The models then try to find a solution to the intent of your question, and accurate replies depend on conversation designers doing two things; 1, having learned from subject matter experts, and 2 – doing the same from a LOT of trial and error process related to query behavior.

As far as Apple’s concerned, giving the nod to Nuance and their conversation designers was the best way to go.

Pathfinder empowers them to build on their existing knowledge base with deep insights gathered from real conversational interactions that have taken place inside call centers. More to the point, however, the software doesn’t only learn what people are discussing, but it also makes determinations on how human agents guide users through the transactions.

Adding more intelligence to voice assistants/chatbots is made possible with this information, and so Siri is primed to build on her IQ in the same way. It certainly sounds promising!

All you need to do is spend a short period of time with Siri or Alexa and you’ll quickly find that they definitely do have limitations. That’s a reflection of the fact that they are built for the mass market, as they must much more diverse requests than chatbots that are primarily built for business. This means that they come with a lack of focus, and it’s more difficult to design AI that can respond to spoken queries on all the thousands of different topics around the globe with sensible responses. Then you have follow-up queries too.

In conclusion, the queries posed to virtual assistants are based in human questions 95+% of the time, and as such they’re less focused and less predictable. So then how do you build AI that’s more capable of handling the kind of complex enquiries that characterize human/machine interactions in the real world?

The answer to that is to start with call center chatbots, and that’s what the Pathfinder Project is doing. It will accelerate development of spoken word interfaces for more narrow vertical intents – like navigation, weather information, or call center conversation – and by doing so it should also speed up the development of more complex conversational models.

It will make these machines capable of handling more complex conversations. It will, however, take some time to come to realization (projected for summer 2019). Assuming it’s successful, it will show how conversational analytics, data analysis and AI have the ability to empower next-generation voice interfaces. And with this we’ll also be able have much more sophisticated human/computer interactions with our virtual assistants.

Seeing the unlocked power of AI with understood context and intent of conversation, rather than primarily asking Siri or Alexa to turn the lights off, etc. etc. promises to be really helpful and a very welcome advance in AI for all of us.