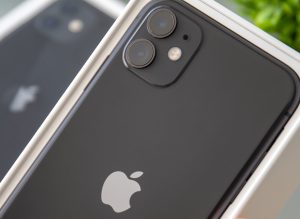 There’s no family of phones that make quite the splash like iPhones when a new one arrives. These days it’s the iPhone 11 that’s come onto the scene with a whole lot of fanfare, and for good reason. It’s quickly becoming regarded as a big step up from its predecessor, and not surprisingly they’re being snapped up big time by consumers who don’t mind the somewhat pricey tags attached to them. The tech giants out there in Mountain View, CA truly don’t ever rest on their laurels, and the iPhone 11 is a testament to that.

Here at 4GoodHosting, we’re thinking it’s likely that every quality Canadian web hosting provider is going to have plenty of customers who are iPhone faithful. We’re no exception there and we have more than a few of them here ourselves. If you’re going to shell out the big bucks for the newest iPhone then you’ll be expecting a superior product.

Now to be clear we’re not suggesting the iPhone 11 isn’t one, but it is true that – as is the case with any tech product – there’s often a few kinks that need to be worked out. These issues aren’t so major that they’ll be any type of deal breaker that will have an owner second guessing their decision to buy the newest iPhone, but they’re significant enough that any ‘fix’ for them will likely be most welcome.

So that’s what we’ll have for you here today, an overview of common problems with the iPhone 11 Pro and very straightforward ways of addressing them.

It’s true that the number of reported issues with iOS 13 makes up quite a list. In response to this Apple has released a series of updates to respond to them, offering fixes to mitigate issues with the hardware. Here are a few initial iPhone 11 problems we’ve discovered around all three versions of the new phone so far and some tips on how to fix them.

This issue is definitely the most widespread of all, so it gets top spot on our list. The most common issue here is when an iPhone 11 is laid on a Qi wireless charger, your new device will not actually charge, despite it clearly recognizing its interaction with the charger. Some people have also claimed that their device becomes very hot to the touch, even while not charging on the pad.

There is something of a consensus that this bug first surfaced after installing various iterations of iOS 13, and that may mean the blame is more with the software than the functionality of the device itself.

A straightforward suggestion is the only one to offer here – update your iPhone’s OS with newly released versions, with Apple continuing to issuing fixes for various problems. Note as well that for some user as power-off reset/restart resolved this problem for them

No matter what type of device it is, activation issues are fairly standard when you try to get a new phone up and running at first. So not surprisingly, the iPhone 11 is no exception.

Start by ensuring that all systems are up and running by checking Apple’s System Status page. Seeing anything that is not toggled in green means you need to wait until all systems are up, and then try again. If all are green and you’re still unable to proceed with the full activation, check that your phone has a SIM card inserted. Switching the SIM card from your old phone into your new one is option number one. If you continue to get a “No SIM” or “Invalid SIM” error message, despite having just inserted the SIM card and certain its there, Apple recommends doing the following:

A good many new iPhone 11 owners are also reporting that there’s issues with the volume and audio on their phones. While we haven’t been able to dig up and explanation for that yet it’s not to say this isn’t something that an OS update can remedy. It likely can, but you can also try these solutions on your own in advance and see if they work for you.

This is the surprising one of the bunch, and especially considering the huge issues that were seen with Samsung’s Galaxy S7 a few years back. There have been plenty of reports about iPhone 11 units becoming seriously hot to the touch, along with concerns about the effect on the long term battery life of their new handset. If yours is giving you grief that way too, here’s what’s recommended. We’ll state first that if your phone is extremely hot then you should go to your provider and make them aware of the situation.

Should none of the above steps work, you’re encouraged to contact Apple tech support or make an appointment with the Genius Bar.