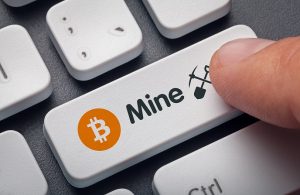 A month or so back we follow the lead of nearly everyone in the digital world by discussing the Bitcoin phenomenon. Since then the rabidness of interest in Bitcoin has waned somewhat, and while that’s to be expected it is still is a representation of the new frontier of digital currencies and still a worthy topic of discussion. Yes, it’s not going to be the ‘get-rich-quick’ investment opportunity many thought it would be, but it’s safe to assume that it will be a legitimate player in the e-commerce world eventually.

Here at 4GoodHosting, we follow the lead of any good Canadian web hosting provider by keeping our customers up to date on trends that will be of interest to them. It’s safe for us to assume that many of you will have an interest in the development of cryptocurrencies, and some still may want to actually get off the sidelines and get into the game.

So, for those of you who are interested in ‘mining’ bitcoin as the verb goes, let’s discuss exactly what you’ll need to do. This is an easy to follow, step-by-step tutorial to get you started with 5 steps; choosing your mining software, acquiring a Bitcoin wallet, getting in on a Bitcoin mining pool, purchasing with your Bitcoin, and then verifying Bitcoin transactions.

What Kind of ‘Mining’ is This?

Bitcoin mining involves a software process where Bitcoin is earned depending on what you do. It’s referred to as ‘mining’ because the process associated with acquiring it is quite similar – figuratively – to what you’d do to try and find gold or another precious metal in the earth. Sometimes you dig or pan in the right place, most of the time you don’t.

Yes, the early birds have got most of the worms.

Your mined bitcoins are then generated into circulation using the proper software (we’ll touch on this shortly), which works to solve difficult math problems that would be indecipherable for 99% of us. When problems are successfully solved, the ‘miner’ receives new Bitcoins. This process also verifies transactions.

So where to start?

It’s necessary to run specific software to mine Bitcoins and verify transactions. You can choose from several different Bitcoin mining software programs. Each of them offers its own set of features and works on different OS platforms. Here’s the most well known of the bunch currently:

GUIMiner: GUIMiner is a GPU and CPU mining tool that lets users to work independently and pool mining through a simple graphic interface. It’s solid with both AMD and NVIDIA GPUs (graphics processing units) and works on Windows platforms.

BFGMiner: BFGMiner is especially popular as an open source command-line software program that lets you mine Bitcoin on any platform. Attractive features include dynamic clocking, monitoring, and remote interface capabilities.

Ok, now you’ve got your ‘miner’ on board. What next?

Step 2: Get a Bitcoin Wallet

There’s more than one type of wallet for you to choose from. If you intend to be more of a bitcoin ‘hoarder’ who’ll wait for a good time to sell them, there are web-based wallets such as BitcoinPaperWallet that will be a good fit for you. Bitcoin Paper Wallet makes your profits safe in the form of ‘paper cash.’

If you’re more the type to be regularly cashing out or making payments, you’ll be best served by desktop software that keeps your Bitcoin funds stored on your computer. Be aware though that you should use this type of wallet via a computer that is offline exclusively. If not, you risk losing money if someone hacks into your software. We like Electrum, one of the most popular solutions and compatible with virtually every desktop OS.

Ok, you’re set up with your virtual wallet.

Working solo is best if you’re aiming to be profitable with your Bitcoins. However, it will require some serious hardware resources. Anyone not ready to spend a few thousand bucks or more on powerful mining hardware will need to join a mining pool. They allow multiple miners to consolidate their processing power and generate blocks to earn Bitcoin together. The profits are then split based on how much of your processing power you’ve contributed.

You can join a mining pool by choosing one, creating a user profile, dedicating a worker, and then adding your Bitcoin Wallet’s public address so you’re set up to receive funds when the profits are divided and paid out. Inform yourself about all the possible options and pick the one that best suits your needs.

If you think you want to go solo to earn more Bitcoin than you would collectively in a mining pool, you’re going to have some extensive hardware outlay costs as we’ve mentioned.

So what about actually buying products with Bitcoin? The number of companies around the world accepting Bitcoin for products and services is growing every day, and here’s how you can purchase from them with Bitcoin.

Debit Cards: Funding your debit card using the Bitcoins from your Wallet is now possible and is the most flexible way of making payments, withdrawing cash from ATMs, and sending payments to another account. There will be fees however, and some services insist that you convert your Bitcoins to a flat currency before making payments. This process can result in certain payments ending up being more expensive, but that’s the price you pay for the convenience of it. And it is very convenient!

Gift Cards: Bitcoin can be used to buy gift cards from certain stores. The main benefit of gift cards here is that most businesses offer discounts attached to them. Yes, you can buy gift cards for birthdays, Christmas, etc. and pay for them with gift cards.

Online Shopping: Your Bitcoins can be used to buy directly products from online retailers who accept them. The numbers of those retailers are growing rapidly.

Your Bitcoin will never be ‘attached’ to any physical address, so its record is open to everyone, and the information related to it is universally available to the same level. It’s completely transparent. Sending a Bitcoin payment required inclusion of three pieces of information:

That’s pretty much it. If we’ve peaked your interest in mining Bitcoins then we’re happy to have helped you with the discovery and we wish you well with your mining.