Just what are the advantages of Canadian SSD-VPS web hosing solutions? 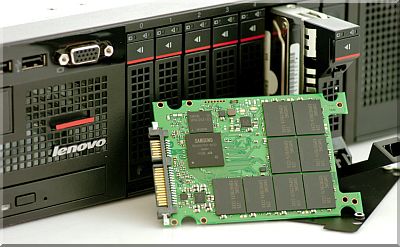 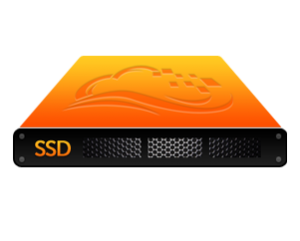 The best advantage of a SSD comes by its random access reading/writing latency, which is 0.01 milliseconds or less; virtually zero delay. Much larger delays are caused by a conventional hard drive’s mechanical read/write head “seek” time, which can take many milliseconds per operation. So when in use with intensive database applications, a SDD offers a new dimension in speed. However, all other kinds of storage memory access are sped up too: access time of webpages, e-commerce applications, and especially databases… are all sped up significantly.

To speed up your web enterprise, it is already time to upgrade to a SSD sharedrather than the traditional shared hosting or hard-disk based shared Hosting. SSDs are also much less likely to ever breakdown or otherwise malfunction. Typical SSD memory is expected to last 4 million hours before a hardware failure – enabling both a speed & reliability perfection in web hosting.

Comparing a SSD to a HDD (hard drive), is like comparing the difference in speed between a laser printer compared to a dotmatrix printer.

The major benefit is that SSDs are lightning-fast compared to a hard drives since there is no physical read/write head movement required. Again, there is virtually no (zero) latency in SSD data reads or writes. Until something now unknown, such as holographic memory or something such as that, is invented, SSDs are the fastest mass storage devices in this part of the universe and will be for many more years.

Moving parts in HDD slow down drive performance while SSD has no moving parts within it, which makes data transfer extremely faster. With more disk space, a high traffic site can host multiple images, videos and handle incoming traffic.

3) No disk fragmentation issues – ever!

As there are no moving or mechanical parts on a SSD, slowing because of fragmentation which is always happening on traditional hard disk drives is not an issue with Solid State Drives. Therefore, SSD’s offer “consistently fast performance”.

Data corruption can be a nightmare for any webmaster or system administrator. Highly secured storage capacity and accessibility is vital. As traditional hard drives consist of moving parts, wear and tear can play a factor. Additionally, there are chances of losing data by some small mishandling, or jarring, or an external passing strong magnetic field. There are no types of moving parts in a SSD and therefore it also eliminates all of these factors concerning data loss. Your data is extremely safe when stored on a SSD, especially in our RAID-5 backup configuration.

Websites with high visibility are more likely to be attacked by any common threats: malware, viruses, etc. With a SSD, these types threats are further reduced or avoidable to large extent as virus/malware scanning operations can be processed much faster.

SSDs do not need any external cooling as there is only a low amount of heat generated inside it. The lifespan of hard drives can be reduced through major temperature changes; which does not affect SSDs!

SSDs do not overlook or otherwise mishandle data during heavy-duty encryption or decryption processes. Also, considering the before-mentioned factors of physical endurance, cooling, etc, all your data will be very safe and secure.

Although this aspect will be invisible to you, hard drives consist of mechanical components which do need more power. With advanced and power conservative memory chips, less power is consumed.

Solid State Drives is is founded on microchip technology which is inherently very stable. SSDs are shock resistant, temperature and magnetism tolerant, and including other durable attributes.

Since SSD uses better technology than HDD. With Microchip technology, SSD can withstand in this competitive market. SSDs are more reliable than HDD.

You can order SSD-VPS powered server hosting services from us at 4GoodHosting . All our SSD Web hosting accounts are powered by enterprise-class hardware for the kind of reliability and performance that you would expect from a world class webhost. Try out our service, you will see the difference.