Canadian Privacy Law 101: A quick overview for those who missed the June 2014 Supreme Court Decision 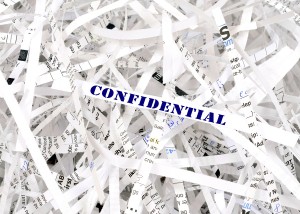 Forward: Pretty much all of us have heard or know that privacy rights no longer exist in the United States. Gone, finished, beyond recourse (except through using end-to-end encryption techniques ; however the NSA can probably still secretly grab your screenshot or logged keystrokes or live microphone through a backdoor partnership with Microsoft and Apple). Any per-existing privacy laws have been overwritten by new creepier laws that have paved the way for absolute intrusion into the American people’s personal world by their out-of-control government. Even if there are a few scraps of privacy protection in the states, it has become clear that any such laws are completely ignored by large and sophisticated spy organizations such as a the NSA. Edward Snowden’s whistle-blowing reports are a case in point.

But did you know our home country of Canada has some of the most protective laws regarding internet privacy in the world, at least on paper?

The first incarnation of a privacy law came in 1977 when the Canadian government introduced data protection provisions into the Canadian Human Rights Act.

Then in 1982 The Canadian Charter of Rights and Freedoms stated that Canadians have “the right to life, liberty and security of the person” and “the right to be free from unreasonable search or seizure”; but strangely avoided using the word ‘privacy’. The following year, in 1983, the Federal Privacy Act regulated how federal government collects, passes around and utilizes people’s personal information. In the 90’s and 2000’s, other privacy legislation placed restrictions on the archival, the use and disclosure of citizen’s personal information by territorial and provincial governments, and likewise also by companies and institutions within the private sector.

The latest ruling to emerge out of this fray is the recent June 2014 Canadian Supreme Court decision on digital privacy. This ruling mandates that the police need an official warrant to get customers’ identities from ISPs (Internet Service Providers/Web Hosting companies/e-commerce websites; wherever consumers would expect privacy – not on web forums or social media sites, for example when such information is already made public by persons themselves).

The court ruled in June 2014 that police need to obtain an official warrant while requesting basic subscriber information: such as a customer’s name, address and phone number from service providers when an officer suspects illegal activity. The ruling basically says the constitution protects the anonymity that Canadian internet users expect when they are online.

This is good news for Canadian web hosting companies, such as the team here at 4GoodHosting.com, as we wish to continually assure our customers that we will remain hard-pressed to release any of our customer’s personal information, to anyone, even the police (unless they produce an official and specific warrant).

If you have any questions or concerns about anything, especially technical issues, feel free to write us 24/7 at support @ 4GoodHosting period com!