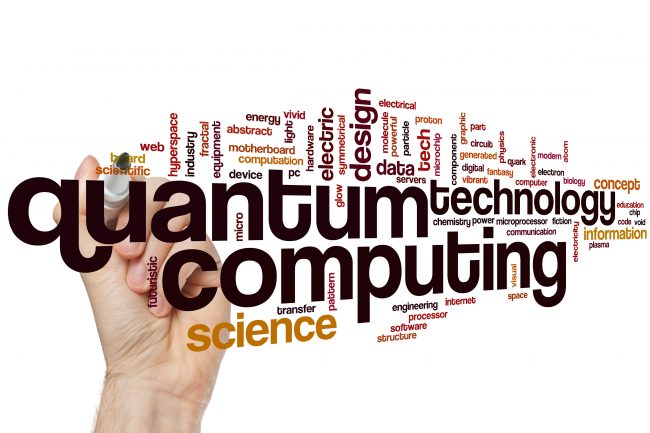 Many people are amazed at just how powerful computers and IT technology have become, and equally blown away by the extent to which they’ve become dominant forces changing nearly every aspect of our lives these days. There’s the old expression ‘you ain’t seen nothing yet’ and it seems that even though the digital revolution has been just that – revolutionary – this expression seems to be appropriate as we’re soon going to have see countries, economies, and every aspect of the global community reshaped by Quantum Computing.

As a leading Canadian web hosting provider, we’re just like everybody else in the IT-related business world that realized just how seismic a shift quantum computing is going to deliver to the world, and experts says that the technology could be realized within 10 years from now. When you think about how 2008 didn’t seem that long, that should put it in perspective. Let’s have a look at what exactly is quantum computing and detail how countries are doing the best they can to be the first to develop it and successfully implement it.

Quantum computers are a real handful, even for experts on computing. These machines process information at the elementary particle scale with electrons and photons and the like, and where different laws of physics apply. Conventional computers, on the other hand, process information as a stream of bits, each of which can be either a one or zero in current computing’s binary language.

Quantum bits, known as qubits, can register zero and one simultaneously. What this will allow, in theory, is the special properties of qubits making it so that the quantum computer can perform calculations at far higher speeds than current supercomputers. The main value of this would be in the realms of chemistry, material science or particle physics. These super powerful and intelligent machines could really make a big difference, and some examples could be aiding in discovering new drugs, optimizing financial portfolios and finding better transportation routes or supply chains. It almost certainly will also advance A.I. – another fast-growing field. Quantum computing could accelerate a computer’s ability to find patterns in large troves of images and other data.

Long story short, quantum computers could operate millions of times faster than today’s most advanced supercomputers, analyzing problems in minutes where a conventional computer could take any number of decades or even more than a century to solve. The technology is still in its infancy but it’s very likely that it will have a major impact on A.I., healthcare, transportation, communications, financial services, weather forecasting and much more.

Naturally, this type of power comes with risk. Some have talked of the possibility of a coming ‘cryptocalypse’ in national security where state secrets, your emails, bank accounts and credit cards are at risk because quantum computers would render traditional internet security programs useless. Both countries want to be leading this emerging science.

Currently, both the USA and China are spending massive amounts of money trying to be the first to realize working quantum computing. There are many reasons for that, but a principle one certainly is that a quantum computer could in several decades be powerful enough to break the codes of today’s best cryptography. The implications for national security interests are obvious.

This isn’t anything of an ‘arms race’ as yet, and experts working in the field say there’s a healthy respect between each side given the nature of exploratory research so far. The hope in the US is that strong government backing will help attract a broader group of engineers and entrepreneurs to this field, and that is should and likely will be less like the cloister of Manhattan Project physicists developing the first first nuclear weapons last century. Rather, the hope is that it will be more of a collection of tinkerers and programmers who built thriving industries around the personal computer, the internet and smartphone apps.

The implications for healthcare and transportation in particular are potentially huge also, and particularly for the way it could massively reduce inefficiencies and make quicker and more reliable correlations between diseases and causes / cures and allow for transportation advances like ‘smart’ traffic lights and the like.

It promises to be reshaping of the landscape on the grandest scale, and it’s really all very exciting!