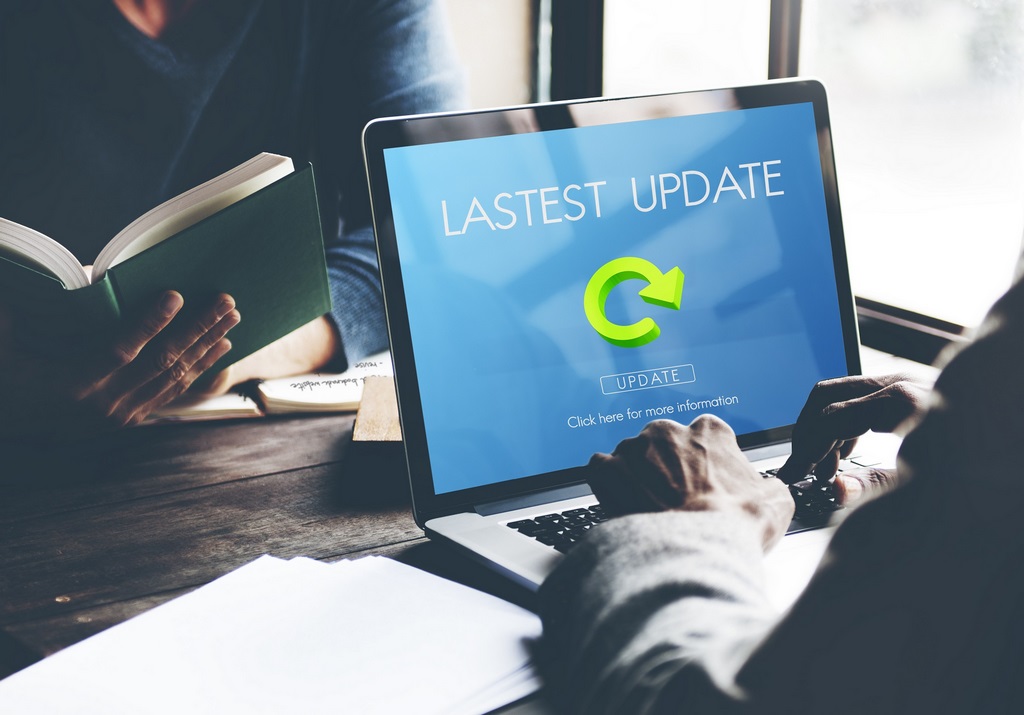 Windows continues to be the most popular and ubiquitous of operating systems for desktops and notebooks around the world, and while there are those who will have nothing to do with it (see Mac devotees) that fact is a testament to the enduring popularity of what is ‘old faithful’ for the most part when it comes to computer operating systems.

Here at 4GoodHosting, we’re a Canadian web hosting provider that’s in the position to see the value of both Mac and PC operating systems, and it’s true that both have their strengths and weaknesses – which is of course true of pretty much everything. One thing that Microsoft has benefited from for decades now is that it was first to the party, and that’s meant that many people will always choose a Windows OS device because it’s especially familiar for them.

And so it is that the next version of Windows 10 — scheduled for a May 2019 update release— is now just around the corner. This is not going to be a massive overhaul of the OS by any means, but there are as it approaches its 4-year anniversary there are some nice tweaks to make it fresher and more well-suited to determined user preferences. Foremost among these are a new light theme and changes to the search experience, Cortana, and more.

Let’s have a look at the most recent update to Windows 10 here today.

We’ll start by stating for anyone who might be unaware that Windows 10 updates are always free. The May 2019 Update via Windows Update will be provided at no charge for existing Windows 10 users on any device deemed compatible with the update. The noteworthy difference here, however, is with the rollout method – it is no longer automatically downloaded to your PC.

What you’ll get instead is a notification in Windows Update that the May 2019 update is available. From there you’ll have the option of downloading or installing it. However, only those running a version of Windows 10 that is close to end of support will receive the update automatically. Just as with prior releases, rollouts of major Windows 10 updates are gradual to ensure the best quality experience. For this reason you might not see the May 2019 update right away.

Further as regards the timing of this, let’s not forget Microsoft’s troubles with releasing previous Windows 10 versions. Don’t count on this update arriving exactly when it’s expected.

Let’s shift to the meat of all of this, and detail all of the improvements to be seen in the new Windows 10.

Microsoft debuted a dark mode for Windows 10 in 2018, and a new light theme is being introduced with this update to augment overall contrast with the operating system. Users will see that both the taskbar, start menu and Action Center are a brighter and lighter white color. Some icons in the system tray and taskbar are now also tailored to match the new theme — including both OneDrive and File Explorer.

A new and improved start menu is part of this too. Installing the May 2019 update will give users a single column, and fewer preinstalled apps and live tiles. Plus, they can also now remove more of the stock Windows 10 apps that aren’t used much, including 3D Viewer, Calculator, Calendar, Mail, and Movies & TV, Paint 3D, Snip & Sketch, Sticky Notes, and Voice Recorder.

The separation of Cortana and Search in the Windows 10 taskbar is one of the most notable changes coming with next month’s update. With previous releases they were integrated with each other, but now the search box in the taskbar will only launch searches for files and documents, and the circular Cortana icon will summon the digital assistant when clicked. Some people have already surmised that this may mean the end of Cortana before long, but it’s likely that a bit presumptive at this point.

Search experience will also be changing, and now Windows will index and search all folders and drives, rather than just limiting it to the default documents, pictures, and videos folders. Along with a new search interface featuring landing pages for Apps, Documents, Email, Web, users can now expect accurate and faster searches when aiming to dig up important files.

It’s true that Windows Updates can cause bugs, data loss, and failures, and there’s been no shortage of people eager to point that out every chance they get. This May 2019 update, however, is going to enable all Windows 10 users to pause updates for up 35 days – something that was for Windows 10 Enterprise and Professional users only up until now.

The fact that the May 2019 update will also reserve 7GB of disk space for installing general updates promises to be a more contentious point. The move has been made to keep your PC secure, and there reasons this new space cannot be removed from Windows 10 is so that it makes future OS updates more efficient.

The space is also intended for apps, temporary files, and system caches undertaken as your PC sees fit. The size of the reserve will depend on your system, so removing unnecessary files on your hard drive in advance of the update might be a good idea.

Last but not least regarding the Windows update for 2019, we have Windows Sandbox. This integrated feature for Windows 10 Pro and Enterprise lets users create a secure desktop environment that is able to isolate and run untrusted and sketchy apps while keeping them separate from the rest of your system. Thus the term ‘sandbox’ – when a Windows Sandbox is closed, all the software with all its files and state are permanently deleted along with that move.

In our opinion, this is the best and most well-thought out feature added to this Windows 10 2019 update. Especially considering all the different well-disguised threats out there these days. It might not be the most exciting feature for your average, but you can be sure developers are going to be plenty impressed with it.

Will be interesting to see how well received this update is, and it appears we won’t have to wait long to find out.