Companies to Let You Know When Government Requests for Your Data

An increased number of big tech companies are denying compliance with government with regard to personal data by updating their terms and conditions and other policies. 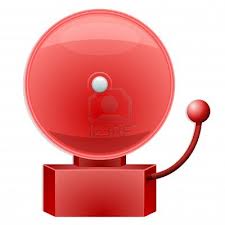 Washington Post has published that many businesses such as Apple, Google, Facebook and Microsoft will be notifying their users when their personal data will be asked by the government. They are changing their company policies to suit this. They would comply with such requests only if a judge or other agencies to do so secretly.

Many of the protectors of law are concerned that these moves of the company will intimate the criminals before hand and they will try to destroy the evidence of the crimes committed. The government can loose important information on the case. But they need to know that it is criminal and not just on the part of the government to spy on their citizens seeking their personal information.

Peter Carr, spokesperson of Justice Department says,“These risks of endangering life, risking destruction of evidence, or allowing suspects to flee or intimidate witnesses are not merely hypothetical, but unfortunately routine.”

The tech companies have decided not to pay heed to the guidelines of the subpoenas that ask the tech companies not to inform the users of the data request by the government. This move came after Edward Snowden revealed the spying by NSA last year.

As of today, Google notifies users about “legal demands” from government agencies under Google’s relevant policy unless prohibited by the court.

Kristen Huguet of Apple says, “Later this month, Apple will update its policies so that in most cases when law enforcement requests personal information about a customer, the customer will receive a notification from Apple.”

Facebook and Microsoft are reported to have following the leads and take similar steps.

As of now, 4GoodHosting has not received any requests from the governments of US or Canada asking for client data. But we’ll protect our customers’ data and let them know if a customer when the government wants to spy on them.