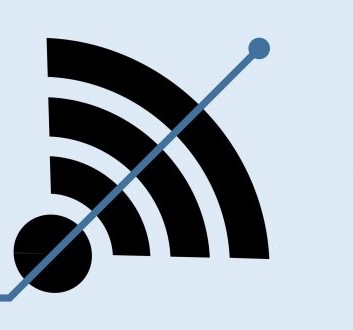 There are few if any shortened terms that are as immediately recognizable as Wi-Fi, and the way it’s universally understood to mean a wireless internet network for people to access the web via mobile internet browser devices. Unless you’re the type of person who never leaves home you probably take advantage of them more than a few times every week, and for any number of different reasons. This ultimate digital convenience isn’t likely to be any less popular anytime in the future considering we live in a world that’s increasingly digital all the time.

It’s for this reason that Wi-Fi Direct is definitely deserving of some fanfare, and while many of you may already be familiar with it there’s plenty of others who might enthusiastically welcome an introduction to anything that puts them online without having to dip into their monthly data allowance. Here at 4GoodHosting, we imagine we’re like any other Canadian web hosting provider in that we’re no different than the rest of you in that regard.

We need to start with this, though – Wi-Fi Direct is not new at all. In fact, it’s been enabling versatile, peer-to-peer wireless connections for almost 10 years now, but it’s kind of been flying under the radar the whole time it would seem.

So what we’re going to talk about here is what it is, what it can do, and what you need to know when using it.

What Exactly is Wi-Fi Direct?

The simplest and most accurate definition here is that it is a connection that allows for device-to-device communication. It links devices together without a nearby centralized network. The first device acts as an access point, and the other one connects to it using WPS (Wi-Fi Protected Setup) and WPA/WPA2 (Wi-Fi Protected Access) security protocols. It was in the early 2000s that this standard was developed and incorporated into web browser equipped devices.

Some of the more knowledgeable of you may now be saying to yourself that sounds like the working of Bluetooth technology. It does sound like it, but it’s not the same operation here. The difference is that Wi-Fi Direct can handle more information at higher speeds than Bluetooth. Approximately 10 times the speed in optimal conditions. Wi-Fi Direct is more ideal when a peer-to-peer connection needs to transmit data-rich content – like a high-resolution image or a video — or when a Wi-Fi network has failed.

Wi-Fi Direct has many advantages, but the foremost of them is how versatile it can be where there’s no Wi-Fi network to function as a go-between for devices. Multiple devices use it to link to each other and share important files in any setting, but it’s especially valuable in urgent circumstances where connectivity is needed immediately but security worries that come with connecting via a standard Wi-Fi network are front and centre.

The good news is that most newer devices will make you immediately aware when Wi-Fi Direct is available. Most of the time when you search for a network it will pop up with its own wireless network starting with ‘DIRECT’ and then followed by a product name or number.

Likely a good many of you are now thinking ‘yes, I’ve seen that but I was unsure as to what it was.’

As mentioned, Wi-Fi Direct has been available to consumers for nearly a decade now because of the 2011 Digital Living Network Alliance (DLNA) update that came with guidelines for the feature. Pretty much every mobile device manufactured in the last 5 years will be compatible with it, including a few you would probably have guessed wouldn’t be.

Android devices with an OS after 2.3 (Gingerbread) have supported Direct, and same goes for Apple devices sporting iOS 7 or later. Do note though that Apple markets the feature under its own names, ‘Air Drop’ and ‘Air Play’.

In addition, there’s more than a few entertainment devices that also make use of Wi-Fi Direct for streaming content or screencast from a mobile device. Included among them are Chromecast, Roku, and Xbox and nearly all of the newer Smart TVs. Wireless headsets with high fidelity audio, wireless printers, and even accessories like keyboards are at the top of the list of peripherals that can also work with Wi-Fi Direct.

What does vary is how Wi-Fi Direct connections are created between devices. Some devices may request that you scan a QR code. Others will have you enter a numerical PIN, and others still will have you press physical buttons to initiate a connection.

With web security becoming ever-more important, we’re seeing increasing numbers of devices using a combination of these approaches, and fewer of them will connect automatically anymore. Yes, that requires more of you, but the assurance of greater security will be worth it and especially if the nature of your communications is related to business.

How do most people use Wi-Fi Direct these days? Here are the most common applications for it:

Wi-Fi Direct & the Internet of Things

Not that long ago there was talk of using Wi-Fi Direct for smart home devices, especially when IoT connectivity was new and exciting. Today, however, Wi-Fi Direct is almost never seen in the Internet of Things. That’s because Wi-Fi Direct is all about connections between two devices that aren’t part of a wireless network, but exist in separate spaces of their own.

To cut right to it, the Internet of Things has become dominated by standard Wi-Fi networks because today’s smart devices need to be highly interconnected with each other to enable more complex scenes or management. Another reason Wi-Fi direct isn’t well suited for smart devices is because it can have security issues that arise when automatic connections are enabled.

All in all though, Wi-Fi Direct has been a very beneficial development in web connectivity options and everyday more and more people are becoming aware of what it is and where it’s a better choice for their web interactions.