Why the Rise in Phishing Attacks Against Macs? 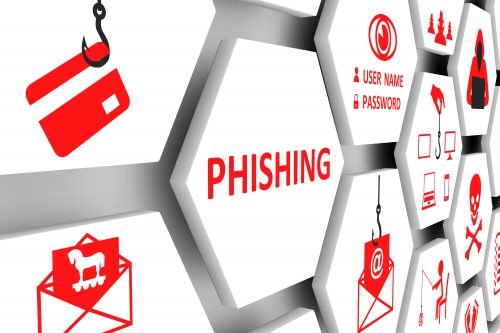 It’s likely fair to say that people who are loyal to Macs are more fervently that way than their opposites, meaning people who are PC. Whether that has anything to do with Apple’s advertising campaign of 10 years ago or so where Mac was a young, hip, and casual and PC was older, inflexible, and suit n’ tie guy all the way. But the truth of the matter is for those with certain prerogatives when it comes to their computing device – especially for creative work – a Mac is the only way to go much of the time.

It’s for this reason and the ongoing popularity of the iMac and MacBook that today’s subject is worthy of some attention. There’s been a pronounced rise in the number of phishing attacks against Macs, especially in recent years. Here at 4GoodHosting, we can assume that many of you are Mac devotees as well, and that’s why as a leading Canadian web hosting provider we can relate to how anything that puts you more up to speed on what might be threatening your Mac is going to be quite welcome.

So what’s this all about, and what’s the need-to-know here and what’s just noise? We’ll do our best to lay it all out for you here today.

The Mac Myth of Malware Immunity

That Macs are immune to malware is a myth, but it’s certainly a popular one. It is true that the risk of attack for Apple’s computers is significantly less than for Windows computers, but they can still be compromised and infected. Look no further than the Zoom infection that hit up many users earlier this year, and something that did get quite a bit of coverage.

This is confirmed with a report a few months back from antivirus firm Kaspersky, which published a report claiming that phishing attacks on Mac users could double from their 2018 rates by the end of this year. That’s going to be a cause for concern for anyone using a Mac.

The report states that in the first half of 2019, Kaspersky software detected some 6 million or so phishing attacks targeted at Mac users, with 1.6 million attacking the Apple brand name by June 2019.

For those of you might be unfamiliar with what a phishing attack is, it’s where a malicious actor attempts to trick you into giving away sensitive information. For example, they might send you an email masquerading as an Apple message and asking for your Apple ID login info. If obtained, this info is then used to make fraudulent purchases.

As much as that doesn’t makes sense – maybe so!

Apple is offering a number of tips on how to avoid being victimized by phishing attacks. The most important thing for you to understand is this:

There is, surprisingly, some good news in this. The number of circulating malicious files that target Mac users and the number of times Kaspersky products detected malware and potentially unwanted software on Macs seems to be declining in 2019 compared to 2018. The belief is that this is a reflection of how these interests are refocusing their Mac efforts on phishing rather than on viruses and other malware files.

The belief is that the era of explosive growth with Mac-focused malware seems to be behind us, and the decline in the activity of cybercriminals on this platform is a slow but definitely discernible trend.

It’s also worth noting that instead of full-fledged viruses, most of the Mac malware coming around these days is Adware – malicious files that run ads in as many places on your Mac as possible. Why this is something of a grey area, but it may be primarily because much less effort is needed than to create a virus.

To their credit, Apple is seeing this trend and making redirected efforts to protect its customers. We should note as well that this is only part of the overall picture with Mac OS security concerns. Attacks on Mac users who were running different antivirus apps – or none at all – didn’t enter the picture. For this reason it’s safe to assume that the total number of these kinds of phishing attacks is likely higher.

We’ll conclude here with proving some solid if unspectacular advice; if you haven’t installed an antivirus app on your Mac, it’s high time you did. And, like anything, it’s a good idea to buy one of the pricier ones because it’s a product like most others in that you get what you pay for.

If you’re looking to protect your Mac, you should install an antivirus app. We’ve rounded up your best options to help remove the guesswork in keeping you safe on your Mac. Macworld is a very reputable source for information related to Apple products, and their #1 choice for antivirus software for Mac is Sophos Home Premium.