Shoelace, Google’s Well-Funded Foray into the World of Social Media 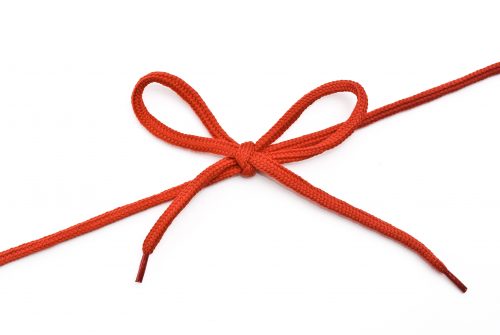 There’s a whole lot in the news these days about the perils of too much time spent on social media, and particularly so for young people. As is the case with everything, moderation is the key and it’s only when you overdo it that the situation becomes harmful. Like it or not, social media has become an all-pervasive aspect of our lives for many of us, and we’re not hesitant about indulging in it in the slightest. Facebook, Instagram, Twitter, and Snapchat may have a new kid on the block soon, and he’s the protégé of one of the biggest players in the Internet world – Google.

Here at 4GoodHosting, we’re like any other leading Canadian web hosting provider in that we can’t help but see and hear firsthand about just how omnipresent social media is in the lives of people. This news regarding Google’s entry in the world of SM is noteworthy because it’s very much a situation where the company’s deep pockets will ensure that if it’s not a success off the hop, it will be eventually after however many tries are necessary.

So what’s there to know about this new Shoelace, and what can those interested in it expect if they decide to give it a whirl. Let’s have a look at that here today.

The Skinny on Shoelace

Admittedly, Google has never had any success developing a social network, but they’ve definitely persevered with the effort. Following the shutdown of platforms like Orkut, Google Buzz, and Google+ Google has decided the time is right to test out yet another social network, an as mentioned this one’s called Shoelace.

Google’s experimental Area 120 product development workshop has been behind the building of it, and Shoelace is a hyper-local social networking app (for Android and iOS) that takes a different approach – it aims to connect people based on shared interests in specific events and in-person activities. Advocates of it have suggested that Shoelace promises to be a social network that encourages people to spend less time on their phones, and more of it engaging in real-life activities with like-minded people NEAR you.

All About the ‘Loops’

This is where Shoelace’s name comes from – users will be able to create their own ‘loop’ which will essentially be listings for events that can be shared with others on the app, and with a secondary focus of possibly promoting the making of a new friend or two along the way.

If, however, you don’t have any of your own events to suggest, it’s possible to designate your interest in a variety of categories with Shoelace. It will then use that info to recommend a number of ‘hand-picked’ activities the app believes you might have an interest in. The idea of course being that as you participate and engage in greater numbers of activities, you develop a social network of people who have the same interests and the same participation tendencies.

Users will also be able to create profiles that allow sharing tidbits about themselves, learning about others in their ‘crews,’ and making it easier to organize and be prepared for upcoming events. Part of Shoelace’s listing on the Google Play Store states that the most recent update to the app added the ability to share Loops using a hyperlink, and the belief is that once people get the hang of that it could make it even easier to get the word out about upcoming activities.

As of Now, Big Apple Only

Keeping in mind that it’s still a prototype, the current situation is that Shoelace is only available in New York City. Google has said its goal is to bring Shoelace to cities across the U.S. in the future, and it’s also true that they’re even taking requests for suggestions as to which places it should bring Shoelace to next.

In addition, access to Shoelace is invite-only for now.

Whether or not Shoelace truly takes off remains to be seen, but it deserves some credit if for no other reason then the fact it looks to be a social network that’s promoting a social life that’s not contained within the device pretty much exclusively. It’s a nice conceptual departure in that regard, and many insiders think that if it does take root then we’ll likely see many of its features and ideas incorporated into Google Maps or other Google services before too long.