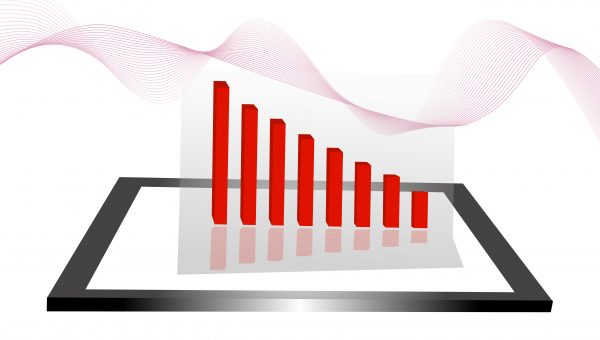 There’s few purchases if any that are as big a deal for most people as a smartphone. Some people are iPhone devotees, while others will only go Android. There’s other players in the game too, but they’re lesser ones. Up until recently it seemed that there was no price people wouldn’t pay to get their hands on the newest smartphone that had become the Apple of their eye. Needless to say, all those people we saw lined up hours in advance to buy the newest iPhones over the last decade plus had plenty of cash to drop on them.

Here at 4GoodHosting, our staff is just like the one you’d find at any Canadian web hosting provider office anywhere in the country – the majority here are fairly opinionated when it comes to what we like or don’t like about certain mobile devices. One thing that’s universally disfavoured though? The way many of them are ridiculously expensive if you’re buying them outright and not through a mobile service provider’s contract.

Seems we’re not alone there, as the numbers of high-end smartphones being sold has dropped quite considerably over the last year. While demand for entry-level and mid-price smartphones has remained strong, global sales of the best quality smartphones like the iPhone XS and XS Max have dropped steadily over the past year.

The consensus seems to be that a lack of innovation with the new top-of-the-line smartphones, and then having steep prices attached to them, are making it so that consumers have much less of the compulsion to ‘buy now’ like they did previously – over all of last year (2018) global sales of smartphones grew just 1.2% compared to the year before -1.6 billion units sold.

The largest sales declines occurred in North America (-6.8%), Asia / Pacific (-3.4%) and Greater China (3%). The way these markets rely more on flagship smartphone sales than any others makes it so that the sales drop affected manufacturers AND retailers more emphatically.

As for the manufacturers specifically, the final quarter of 2018 had Apple experiencing the biggest decline – down 11.8% – among the world’s top five smartphone vendors. This worked out to selling 64.5 million handsets; equalling Apple’s worst quarterly decline in smartphone sales since the first quarter of 2016.

Holding on to 15.8% of market share lessens the sting of this for Apple. In the same quarter, Samsung had 17.3% of the market, and Huawei third with 14.8%. Huawei experienced the most growth, however, with sales rising 37.6% to more than 60 million smartphones being purchased.

Huawei’s growth in 2018 helped it close the gap with Apple, and it added more market share from Asia / Pacific, Latin America, and the Middle East to its already strong presence in China and Europe. They’ve become the biggest player in emerging markets, to the tune of 13% more market share overall. As to why this is, look no further than the Honor 10 series smartphone retailing for about $468, compared with the iPhone XR going for $749.

Samsung is feeling the heat from Huawei most prominently. While Samsung is strengthening its smartphone offering at the mid-tier, it continues to face growing competition from Chinese brands that are expanding into larger numbers of markets. Huawei is mainly competing with Samsung in in terms of product breadth. The Chinese handset maker’s industry-leading growth is reinforced by a strong Chinese home market, selling 10 times as many phones as Samsung there.

Again, price points are integral in this trend – in the majority of markets, Huawei is selling from 1% to 50% less that comparable Samsung models.

When this is paired with price points that they (Apple) continue to push up, many consumers are finding the value proposition just isn’t there like it used to be.

While North America and in Asia/Pacific nations remained strong for them, Apple saw iPhone demand weaken in most areas, including in greater China. There its market share dropped from 14.6% in the final quarter of 2017 to 8.8% this past quarter. For 2018 as a whole, iPhone sales dropped 2.7%, to just over 209 million units.

Industry consensus seems to be that Apple is certainly not out of the game, even if they are not going to move away from their premium branding and don’t have a lot of room for pricing elasticity. Expanded trade-in programs and financing options will likely be their plan of attack to bring their premium price to a manageable level for consumers.