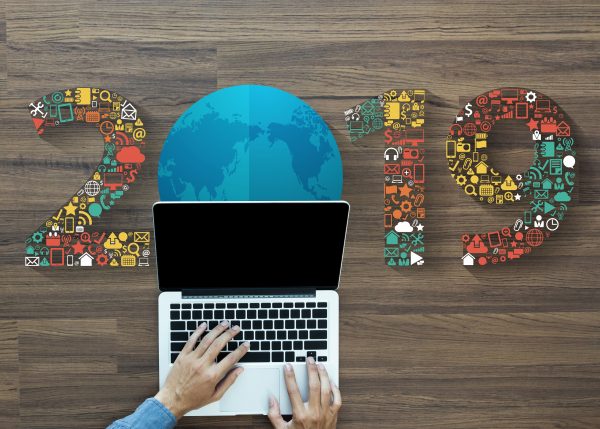 Here we are into the first week of 2019 and as expected we’ve got a whole lot on the horizon this year in the way of software development. We live in a world that’s more and more digital all the time, and the demands put on the software development industry are pretty much non-stop in response to this ongoing shift. Often times it’s all about more efficient ‘straight lining’ of tasks as well as creating more of a can-do environment for people who need applications and the like to work smarter.

Here at 4GoodHosting, a part of what makes us a reputable Canadian web hosting provider is the way we stay abreast of developments. Not only in the web hosting industry, but also in the ones that have a direct relevance for clients of ours in the way they’re connected to computing and computing technology.

Today we’re going to discuss the key trends in software development that are expected for this coming year.

Continuing to Come a Long Way

Look back 10 years and you’ll surely agree the changes in the types of applications and websites that have been built – as well as how they’ve been built – is really quite something. The web of 2008 is almost unrecognizable. Today it is very much an app and API economy. It was only just 10ish years ago that JavaScript framework was the newest and best around, but now building for browsers exclusively is very much a thing of the past.

In 2019 we’re going to see priorities put on progressive web apps, artificial intelligence, and native app development remain. As adoption increases and new tools emerge, we can expect to see more radical shifts in the ways we work in the digital world. There’s going to be less in the way of ‘cutting edge’ and more in the way of refinements on technology that reflect developers now having a better understanding of how technologies can be applied

The biggest thing for web developers now is that they need to expand upon the stack as applications become increasingly lightweight (in large part due to libraries and frameworks like Vue and React), and data grows to be more intensive, which can be attributed to the range of services upon which applications and websites depend.

One of the things that’s being seen is how topics that previously weren’t included under the umbrella of web development – microservices and native app development most notably– are now very much part of the need-to-know landscape.

The way many aspects of development have been simplified has forced developers to evaluate how these aspects fit together more closely. With all the layers of abstraction in modern development, the way things interact and work alongside each other becomes even more important. Having a level of wherewithal regarding this working relationship is very beneficial for any developer.

Those who’ve adapted to the new realities well will now agree that it’s no longer a case of writing the requisite code to make something run on the specific part of the application being worked on. Rather, it’s about understanding how the various pieces fit together from the backend to the front.

In 2019, developers will need to dive deeper become inside-out familiar with their software systems. Being explicitly comfortable with backends will be an increasingly necessary starting point. Diving into the cloud and understanding that dynamic is also highly advisable. It will be wise to start playing with microservices. Rethinking and revisiting languages you thought you knew is a good idea too.

Be Familiar With infrastructure to Tackle Challenges of API development

Some will be surprised to hear it, but as the stack shrinks and the responsibilities of web developers shift we can expect that having an understanding of the architectural components within the software being built will be wholly essential.

That reality is put in place by DevOps, and essentially it has made developers responsible for how their code runs once it hits production. As a result, the requisite skills and toolchain for the modern developer is also expanding.

You can make your way into software architecture through a number of different avenues, but exploring API design is likely the best of them. Hands on RESTful API Design gives you a practical way into the topic.

REST is the industry standard for API design, and the diverse range of tools and approaches is making client management a potentially complex but interesting area. GraphQL, a query language developed by Facebook is responsible for killing off REST, while Redux and Relay – a pair of libraries for managing data in React applications – have both seen a significant amount of interest over the last year as a pair of key tools for working with APIs.

Microservices are becoming the dominant architectural mode, and that’s the reason we’re seeing such an array of tools capable of managing APIs. Expect a whole lot more of them to be introduced this year, and be proactive in finding which ones work best for you. While you may not need to implement microservices now, if you want to be building software in 5 years time then you really should become explicitly familiar with the principles behind microservices and the tools that can assist you when using them.

We can expect to see containers being one of the central technologies driving microservices. You could run microservices in a virtual machine, but as they’re harder to scale than containers you likely wouldn’t see the benefits you’ll expect from a microservices architecture. As a result, really getting to know core container technologies should also be a real consideration.

The obvious place to start is with Docker. Developers need to understand it to varying degrees, but even those who don’t think they’ll be using it immediately will agree that the real-world foundation in containers it provides will be valuable knowledge to have at some point.

Kubernetes warrants mention here as well, as it is the go-to tool that allows you to scale and orchestrate containers. It offers control over how you scale application services in a way that would have bee unimaginable a decade ago.

A great way for anyone to learn how Docker and Kubernetes come together as part of a fully integrated approach to development is with Hands on Microservices with Node.js.

Continued Embracing of the Cloud

It appears the general trend is towards full stack, and for this reason developers simply can’t afford to ignore cloud computing. The levels of abstraction it offers, and the various services and integrations that come with the leading cloud services make it so that many elements of the development process are much easier.

Issues surrounding scale, hardware, setup and maintenance nearly disappear entirely when you use cloud. Yes, cloud platforms bring their own set of challenges, but they also allow you to focus on more pressing issues and problems.

More importantly, however, they open up new opportunities. First and foremost of them is going Serverless becomes a possibility. Doing so allows you to scale incredibly quickly by running everything on your cloud provider.

There are other advantages too, like when you use cloud to incorporate advanced features like artificial intelligence into your applications. AWS has a whole suite of machine learning tools; AWS Lex helps you build conversational interfaces, and AWS Polly turns text into speech. Azure Cognitive Services has a nice array of features for vision, speech, language, and search.

As a developer, it’s going to be increasingly important to see the Cloud as a way of expanding on the complexity of applications and processes while keeping them agile. Features and optimizations previously might have found to be sluggish or impossible can and should be developed as necessary and then incorporated. Leveraging AWS and Azure (among others) is going to be something that many developers will do with success in the coming year.

Back to Basics with New languages & Fresh Approaches

All of this ostensible complexity in contemporary software development may lead some to think that languages don’t matter as much as they once did. It’s important to know that’s definitely not the case. Building up a deeper understanding of how languages work, what they offer, and where they come up short can make you a much more accomplished developer. Doing what it takes to be prepared is really good advice for a what’s an ever-more unpredictable digital world to come this year and in years to follow.

We can expect to see a trend where developers go back to a language they know and explore a new paradigm within it, or they learn a new language from scratch.

Never Time to Be Complacent

We’ll reiterate what the experts we read are saying; that in just a matter of years much of what is ‘emerging’ today will be old hat. It’s helpful to take a look at the set of skills many full stack developer job postings are requiring. You’ll see that the different demands are so diverse that adaptability should be a real priority for a developer that wants to remain upwardly mobile within his or her profession. Without doubt it will be immensely valuable both for your immediate projects and future career prospects.