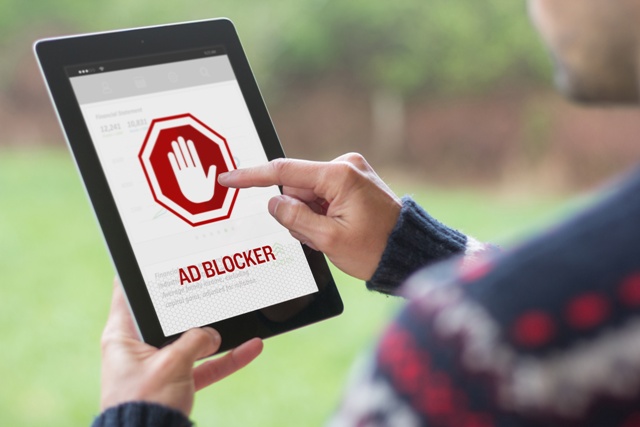 It’s likely that a good many of you are among the thousands upon thousands of people who have an Ad Blocker installed for your web browsers of choice. Some people do use them simply to avoid the nuisance of having to watch ad after ad, and it’s people like these that have necessitated some sites to insist that you ‘whitelist’ them in order to proceed into the website they want to visit. That’s perfectly understandable, as those paying advertisers are the way the website generates income for the individual or business.

For others, however, we spend a great deal of our working day researching and referencing online, and having to watch ads before getting to the content we need in order to do our work. For us, an ad blocker is much more of a tool of necessity rather than convenience. Still, we get caught up in more than a few sites that will insist on being whitelisted too. For me, my ad blocker is a godsend and I don’t whitelist any website or disable my ad blocker for any of them.

Here at 4GoodHosting, part of what makes us a good Canadian web hosting provider is having built up an insight into what really matters to our customers. The bulk of them are people who use the Information Superhighway as a production resource rather than web ‘surfers’ for whom it’s more of an entertainment one. That’s why today’s news is some that’s sure to be very relevant for most of our customers.

Some of you may not know how your ad blocker works, and that’s perfectly normal. As long as it does its job, you don’t really need to know. Chromium is Google’s newest all-powerful web browser, and just like Chrome did you can expect it to soon become nearly ubiquitous as most people’s web browser of-choice.

However, Chromium developers in the last few weeks have shared that among the updates they are planning to do in Manifest V3 is one that will restrict the blocking version of the webRequest API. The alternative they’re introducing is called declrativeNetRequest API.

After becoming aware of it, many ad blocker developers expressed their belief that the introduction of the declarativeNetRequest API will mean many already existing ad blockers won’t be ‘blocking’ much of anything anymore.

One industry expert stated on the subject, “If this limited declarativeNetRequest API ends up being the only way content blockers can accomplish their duty, this essentially means that two existing and popular content blockers like uBO and uMatrix will cease to be functional.”

What is the Manifest V3 Version?

It’s basically a mechanism through which specific capabilities can be restricted to a certain class of extensions. These restrictions are indicated in the form of either a minimum, or maximum, version.

Currently, the webRequest API allows extensions to intercept requests and then modify, redirect, or block them. The basic flow of handling a request using this API is as follows,

However, in Manifest V3 the use of this API will have its blocking form limited quite significantly. The non-blocking form of the API that permits extensions to observer network requests for modifying, redirecting, or blocking them will not be discouraged. In addition, the limitations they are going to put in the webRequest API have yet to be determined

Manifest V3 is set to make the declarativeNetRequest API as the primary content-blocking API in extensions. This API will then allow extensions to tell Chrome what to do with a given request, instead of Chromium forwarding the request to the extension. This will enable Chromium to handle a request synchronously. Google insists this API is overall a better performer and provides better privacy guarantees to users – the latter part of which if of course very important these days.

When informed about this coming update many developers were concerned that the change will end up completely disabling all ad blockers. The concern was that the proposed declarativeNetRequest API will result in it being impossible to develop new and functional filtering engine designs. This is because the declarativeNetRequest API is no more than the implementation of one specific filtering engine, and some ad blocker developers have commented that it’s very limited in its scope.

It’s also believed that the declarativeNetRequest API developers will be unable to implement other features, such as blocking of media element that are larger than a set size and disabling of JavaScript execution through the injection of CSP directives, among other features.

Others are making the comparison to Safari content blocking APIs, which essentially put limits on the number of admissible rules. Safari has introduced a similar API recently, and the belief is that’s the reason why Apple has gone in this direction too. Many seem to think that extensions written in that API are more usable, but still fall well short of the full power of uBlock Origin. The hope is that this API won’t be the last of them in the foreseeable nearest future.