Digital Uncertainty: Is There a ‘Beyond’ to the Cloud? 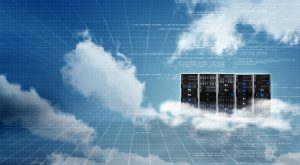 Upon being first introduced into public servers – and not that long ago, really – cloud storage and cloud computing was a mysterious entity entirely foreign to the general public, but oh boy did its advantages ever become readily apparent. Cloud storage and computing quickly made significant changes to the way people put their computing devices to work in every way possible, as well as redefining the way companies do business.

However, as is always the way in the digital world, the same question is always ready to go. “What is next in the evolution of personal and business computing?”

Here at 4GoodHosting, we have cemented ourselves as a leading Canadian web hosting provider with affordable rates. Behind all of us here is a genuine interest in developments in the E-world and all that goes along with it. Anyone who’s been as curious as we’ve been over the past decade plus will now that nothing stays ‘new’ for long, and that the engines driving technological advances in computing aren’t one to rest on their laurels.

Let’s have a look at what’s the general consensus on what’s next – if anything – after the Cloud.

The cloud has been much more than just a place to store and access data, it has indisputably been an opportunity for growth in the IT world. This has been especially true for people beginning to understand the benefits of mobile business. If we were to list them all we’d fill your screen 20 times over, so let’s look only at the main developments:

Companies have been trying to figure out more cost effective ways to do their work since the beginning of commerce itself hundreds of years ago. The Cloud has made it feasible to work from almost anywhere, provided there’s an Internet connection. Having an employee or contractor working remotely saves any company quite a bit in overhead costs. It also allows employees to set their own pace and often motivates people to increase their own leisure time by performing their work more efficiently. Without the cloud, only companies that that could afford multi-million dollar servers and IT departments would have been capable of offering that working arrangement for people.

Estimates from 17 years ago had 200 million individual devices connected to the internet. While at first glance that may seem like a large number, it’s not when you weigh the number of people in the world. Now there are an estimated 10 billion devices connected to the internet at some point of every day, and being able to do so with a data storage and sharing system, like the cloud, makes for much more opportunity for world-wide growth and potential innovation.

One thing the Cloud can indisputably boast is having superior data uploading and downloading capabilities. It has made it possible to purchase files on-the-go, and from a sales perspective the ability to tap into the impulses of the market has been wholly revolutionary. It is more important than ever to now connect with the mobile generation and make downloading content quick and easy. The cloud has been what’s allowed that to happen.

The Reach of Web Technology Capable

1899 – well over 100 years ago – saw a patent official state that ‘everything that can be invented, has been invented.’ Asides from being entirely wrong, it’s an amusing anecdote, especially for young people who’ve been right on the front line for the digital technology explosion of the early 21st century. We’ve of course seen gigantic leaps in technology around the planet since. And believe it, we’re not even near done with these advancements.

No doubt the cloud has been massively successful and continues to be integrated into numerous business models and services, with IT engineers and designers trying to figure out ways to improve its systems. Some improvements have been necessitated by modern usage trends, while others hope to cross into new realms. Some of these aims are as follows:

Increasing Security – The security of the public cloud is one of the biggest concerns associated with it. As more people begin sharing information, what measures are in place to prevent other people from accessing private information? It’s a question that the majority of businesses and individuals take seriously, and cloud designers strive to improve current security options for the growth of future cloud use and expansion. Hybrid cloud configurations are one of the most interesting ways to make security a non-issue, combining a physical server with a private cloud model and restricting them to specific use only.

Expanding Applications – Further, cloud compatible CAD programs are essential to countless industries and companies that produce designs or products. The issue, however, is that many CAD files are too large to be compatible with most mobile devices. However, changes to the way CAD interacts with the cloud is hoping to put an end to this incompatibility, making it possible to work on-site or at the client’s location.

With smart phones and tablets, applications are everything and quite literally drive the manufacturing and marketing industries around them. Changing the way apps interact with the cloud is something that many vendors have been looking long and hard at, and the next generation of cloud-based apps is likely to arrive soon.

Cloud-based businesses – First and foremost here is something known as outservicing. Many of you have heard of outsourcing, but the cloud is in the process of making outservicing a household name too. There are a few aspects of company work that are not unique to individual businesses, and the best example of this is Human Resources. By outservicing HR data to cloud-based companies, small companies are much more likely to receive first-rate HR services for more affordable prices.

Cloud sensor spots – We live in an ever-more digital and impersonal world, but some companies are trying to bring back personal communication. As much as that’s possible. A cloud sensor spot is a field where the cloud interacts with a mobile device in cool and exciting ways. For example, it could give people passing by a certain city spot an opportunity to take advantage of a special deal, or to learn more about a product or service. They’d function in a similar way to Wi-Fi, but with custom content that’s been chosen and uploaded by the owner of the cloud-spot.

Keep an eye out for this one!

We’ll all surely agree that the Cloud has been well received, and for good reason. But it is likely not the be all-end-all of web connectively solutions, either now and definitely not in the future. However, until whatever’s next materializes itself and is then embraced on a global scale the way Cloud Computing has been, here we are.

Look for the cloud to continue to be a major focus for vendors, large and small businesses, and the general public. As greater numbers of people on the web for specific purposes (and not just web browsing for entertainment or personal research) experiment and share their ideas through data storage systems like the cloud, the faster technology will be pushed to progress.

Waiting for these new developments to come will be a challenge, and again particularly for those like us who love a new digital wrinkle much more than most. It’s all too easy for us to be looking to the horizon, but when you really weigh the value of what we currently have with the cloud it’s really quite easy to be super appreciative.