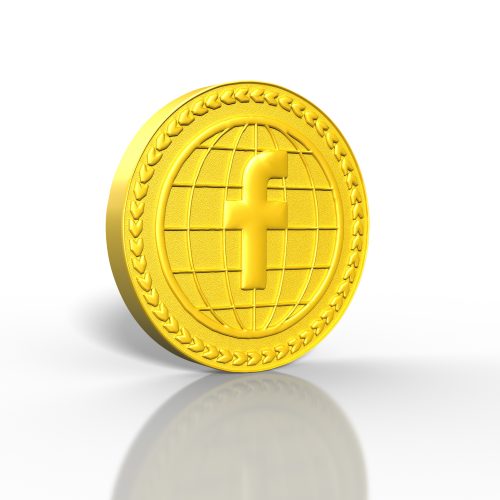 With the fact that they barely blinked then slapped with a $5M dollar fine recently with the Cambridge Analytica scandal, it’s a reminder that Facebook is as deep-pocketed as one can be. Not surprising that the world’s social media mega giant is so wealthy, and as such we can also assume that they have the bucks needed to get into whatever venture they choose to. The fact that they’re doing so in cryptocurrency is one, however, where they sheer magnitude of what this could mean within the world of online e-commerce.

Here at 4GoodHosting, being a quality Canadian web hosting provider put us in a more natural position than most to be attuned to these kinds of developments and what they can mean for the ‘general public’ of the 21st century digital world. We’ve talked about Blockchain here in our blog before, and it’s on this game-changing piece of fintech (financial technology) that this – and all types of cryptocurrency – are based on.

This kind of industry disruption is one of the more defining aspects of the digital world these days, and the ‘disruption’ that could come from this is really one to talk about. No doubt the banking world won’t be particularly enthusiastic about it.

So what’s this all about?

Facebook’s digital currency-to be will be called Libra, and the ‘crypto wallet’ you’ll use to carry it is called Calibra. What you’ll do is download the Calibra digital wallet application, purchase the Libra digital currency through a financial network, and then exchange payments with peer-to-peer digital money transfers through Calibra standing alone as an app. It’s reported that users will also be able to do the same thing through Facebook’s subsidiaries WhatsApp and Messenger.

The Libra platform is expected to launch sometime next year, in 2020, and it’s being promoted as a cryptocurrency app that will let Facebook users send, add or withdraw money as weill as allowing someone to fill their wallet, cash out or split a restaurant tab all using Messenger. Further, you may eventually be able to pay bills, buy a cup of coffee with the scan of a code, or taking transit without needing to have cash or a metro pass in your pocket.

For exchange rates between fiat currency and Libra, Calibra will show them as well as what it will charge to convert it back again. The key is that blockchain is serving to cut out the middleman, in this case a central bank or clearing house. With that goes the majority of costs associated with these types of financial transactions.

Facebook is promising that their transaction fees will be low-cost and transparent, and particularly so if you’re sending money internationally. By cutting fees made possible by utilizing blockchain, Calibra promises to leave more money at your digital disposal.

Libra is reported to be different from other cryptocurrencies like bitcoin, in that it is backed by fiat currency. This means its value is not simply determined by supply and demand like the others. It’s also going to be designed so that it will be interoperable with other cryptocurrency wallets because they’ll run on top of the same blockchain network.

Facebook will secure financial transactions made through its digital wallet app in a number of different ways; for starters, they will not be in charge of governing the blockchain network. Instead, that will be handled by the Libra Association, which is made up of dozens of other companies – Visa, MasterCard, PayPal, and Uber among them. Additionally, all accounts and transactions are verified and fraud prevention is built in to the app. Accounts are verified with government-issued IDs, such as a driver’s license, so users can be certain other users are who they say they are.

Calibra will also have an in-app reporting function and dedicated customer service.

Facebook’s Libra Project appears to be a hybrid blockchain one that is a mix of permission and public ones. What this means is that it connect to banks to verify and onboard users (permission) and then uses a public blockchain to enable the users to transfer or spend funds.

Long story short, there’s huge potential for Facebook here to generate via ad revenue, with the understanding that there will be more conversion of consumers who view ads. It should also be a more attractive e-commerce marketplace that gains sellers and buyers in growing economies where access to e-money services for transactions may be limited.

A stat that speaks to that – almost half of all adults globally don’t have an active bank account. These numbers are worse in developing countries, and even worse for women.

All of this is very much in its early stages, but make no mistake about it – Social media’s colossus is going to be one of the ‘early birds’ getting the worm when it comes to cryptocurrency.