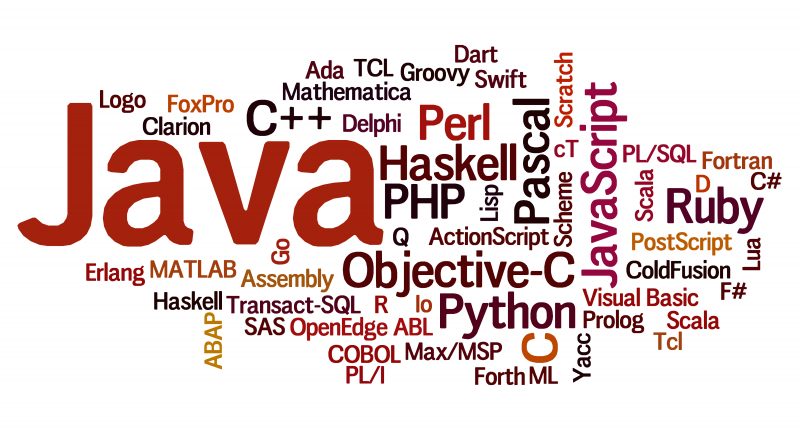 In today’s computing world, ‘big data’ – data sets that are too large or complex for traditional data-processing application software – are increasingly common and having the ability to work with them is increasingly a to-be-expected requirement of IT professionals. One of the most important decisions these individuals have to make is deciding on a programming languages for big data manipulation and analysis. More is now required than just simply understanding big data and framing the architecture to solve it. Choosing the right language means you’re able to execute effectively, and that’s very valuable.

As a proven reliable Canadian web hosting provider, here at 4GoodHosting we are naturally attuned to developments in the digital world. Although we didn’t know what it would come to be called, we foresaw the rise of big data but we didn’t entirely foresee just how much of a sway of influence it would have for all of us who take up some niche in information technology.

So with big data becoming even more of a buzz term every week, we thought we’d put together a blog about what seems to be the consensus on the top 5 programming languages for working with Big Data.

All of these 5 programming languages make the list because they’re both popular and deemed to be effective.

Scale blends object-oriented and functional programming paradigms very nicely, and is fast and robust. It’s a popular language choice for many IT professionals needing to work with big data. Another testament to its functionality is that both Apache Spark and Apache Kafka have been built on top of Scala.

Scala runs on the JVM, meaning that codes written in Scala can be easily incorporated within a Java-based Big Data ecosystem. A primary factor differentiating Scala from Java is that Scala is a lot less verbose as compared to Java. What would take seemingly forever to write 100s of lines of confusing-looking Java code can be done in 15 or so lines in Scala. One drawback attached to Scala, though, is its steep learning curve. This is especially true compared to languages like Go and Python. In some cases this difficulty puts off beginners looking to use it.

Advantages of Scala for Big Data:

Python’s been earmarked as one of the fastest growing programming languages in 2018, and it benefits from the way its general-purpose nature allows it to be used across a broad spectrum of use-cases. Big Data programming is one of the primary ones of them.

Many libraries for data analysis and manipulation which are being used in a Big Data framework to clean and manipulate large chunks of data more frequently. These include pandas, NumPy, SciPy – all of which are Python-based. In addition, most popular machine learning and deep learning frameworks like Scikit-learn, Tensorflow and others are written in Python too, and are being applied within the Big Data ecosystem much more often.

One negative for Python, however, is that its slowness is one reason why it’s not an established Big Data programming language yet. While it is indisputably easy to use, Big Data professionals have found systems built with languages such as Java or Scala to be faster and more robust.

Python makes up for this by going above and beyond with other qualities. It is primarily a scripting language, so interactive coding and development of analytical solutions for Big Data is made easy as a result. Python also has the ability to integrate effortlessly with the existing Big Data frameworks – Apache Hadoop and Apache Spark most notably. This allows you to perform predictive analytics at scale without any problem.

Advantages of Python for big data:

Those of you who put a lot of emphasis on statistics will love R. It’s referred to as the ‘language of statistics’, and is used to build data models which can be implemented for effective and accurate data analysis.

Large repositories of R packages (CRAN, also called as Comprehensive R Archive Network) set you up with pretty much every type of tool you’d need to accomplish any task in Big Data processing. From analysis to data visualization, R makes it all doable. It can be integrated seamlessly with Apache Hadoop, Apache Spark and most other popular frameworks used to process and analyze Big Data.

The easiest flaw to find with R as a Big Data programming language is that it’s not much of a general purpose language with plenty of practicality. Code written in R is not production-deployable and generally has to be translated to some other programming language like Python or Java. For building statistical models for Big Data analytics, however, R is hard to beat overall.

Advantages of R for big data:

Java is the proverbial ‘old reliable’ as a programming language for big data. Much of the traditional Big Data frameworks like Apache Hadoop and the collection of tools within its ecosystem are based in Java, and still used in many enterprises today. This goes along with the fact that Java is the most stable and production-ready language of all the 4 we’ve covered here so far.

Java’s primary advantage is in the way you have an ability to use a large ecosystem of tools and libraries for interoperability, monitoring and much more, and the bulk of them have already been proven trustworthy.

Java’s verbosity is its primary drawback. Having to write hundreds of lines of codes in Java for a task which would require only 15-20 lines of code in Python or Scala is a big minus for many developers. New lambda functions in Java 8 do counter this some. Another consideration is that Java does not support iterative development unlike newer languages like Python. It is expected that future releases of Java will address this, however.

Java’s history and the continued reliance on traditional Big Data tools and frameworks will mean that Java will never be displaced from a list of preferred Big Data languages.

Advantages of Java for big data:

Last but not the least here is Go. one of the programming languages that’s gained a lot of ground recently. Designed by a group of Google engineers who had become frustrated with C++, Go is worthy of consideration simply because of the fact that it powers many tools used in Big Data infrastructure, including Kubernetes, Docker and several others too.

Go is fast, easy to learn, and it is fairly easy to develop applications with this language. Deploying them is also easy. What might be more relevant for it though is as businesses look at building data analysis systems that can operate at scale, Go-based systems are a great fit for integrating machine learning and undertaking parallel processing of data. That other languages can be interfaced with Go-based systems with relative ease is a big plus too.

Advantages of Go for big data:

Fast and easy to use

Many tools used in the Big Data infrastructure are Go-based

A few other languages will get HMs here too – Julia, SAS and MATLAB being the most notable ones. All of our 5 had better speed, efficiency, ease of use, documentation, or community support, among other things.

Which Language is Best for You?

This really depends on the use-case you will be developing. If your focus is hardcore data analysis involving s a lot of statistical computing, R would likely be your best choice. On the other hand, if your aim is to develop streaming applications, Scala is your guy. If you’ll be using machine learning to leverage Big Data and develop predictive models, Python is probably best. If you’re building Big Data solutions with traditionally-available tools, you shouldn’t stray from the old faithful – Java.

Combining the power of two languages to get a more efficient and powerful solution might be an option too. For example, you can train your machine learning model in Python and then deploy it with Spark in distributed mode. All of this will depend on how efficiently your solution is able to function, and more importantly, how speedy and accurate it’s able to work.