Welcome to your 4GoodHosting Customer Portal. We are here 24/7 and happy to help by Email, Phone or Live Chat. Our support services only start on this page, with our comprehensive knowledge-base and suite of over 1000 help videos. If you need additional help you can just submit a ticket, phone us, or simply open a live chat with us.

How to start/stop/reboot your VPS

This tutorial assumes you've already logged in to your Virtuozzo Power Panel (VZPP).

Now let's learn how to start, stop and reboot our VPS.

Notice here at the top of the screen, that our VPS is currently running. 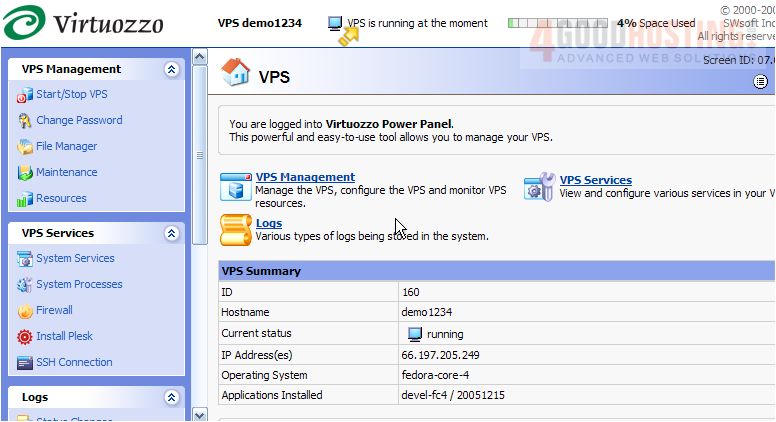 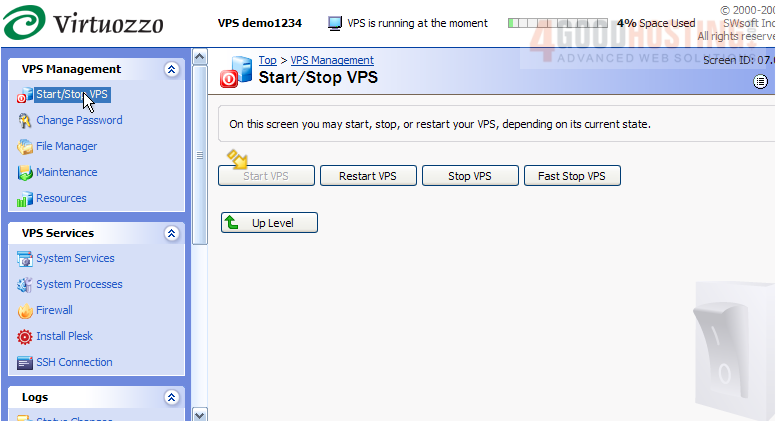 2) Since our VPS is already running, the Start VPS option is not currently available. Let's go ahead and Restart the VPS. If you want to stop your VPS, keep in mind that there is a 2 minute timeout for the VPS shutdown scripts to be executed. 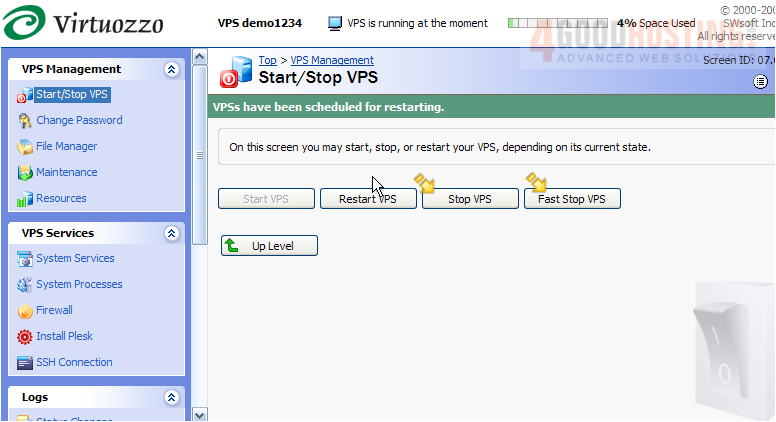 The VPS has been scheduled for restarting (rebooting), and will restart shortly. If the VPS does not stop in 2 minutes, the system forcibly kills all processes in the VPS.... and the VPS will be stopped in any case, even if it is seriously damaged.

This is the end of the tutorial. You now know how to start, stop or restart (reboot) your VPS from the Virtuozzo Power Panel.

How to backup and restore your VPS

How to configure your Power Panel interface

How to connect to your VPS using SSH