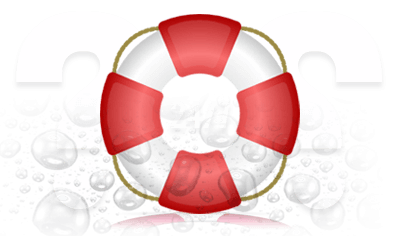 Welcome to your 4GoodHosting Customer Portal. We are here 24/7 and happy to help by Email, Phone or Live Chat. Our support services only start on this page, with our comprehensive knowledge-base and suite of over 1000 help videos. If you need additional help you can just submit a ticket, phone us, or simply open a live chat with us.

This tutorial will take a different approach than usual. It will show, step-by-step, what it takes to write a custom PHP script that will change your Joomla admin password. This is useful to know in case you ever forget it

This tutorial is meant mainly for technologically curious Joomla users. If this subject doesn't interest you, then instead watch the accompanying tutorial that shows how to perform the same task using phpMyAdmin 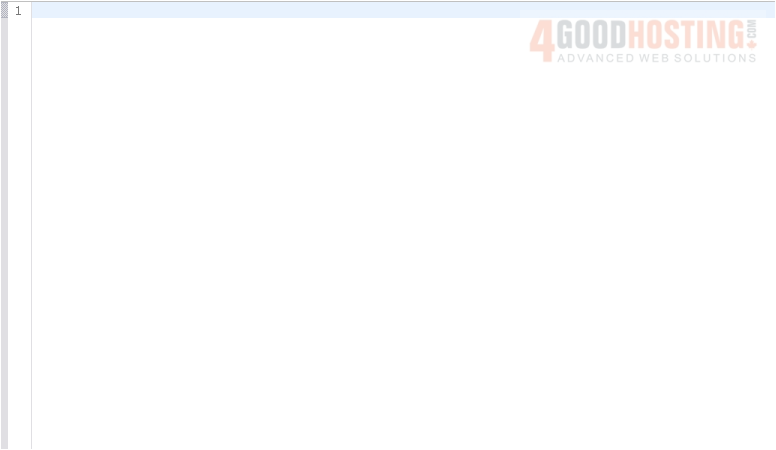 2) Every PHP script should start and end like this 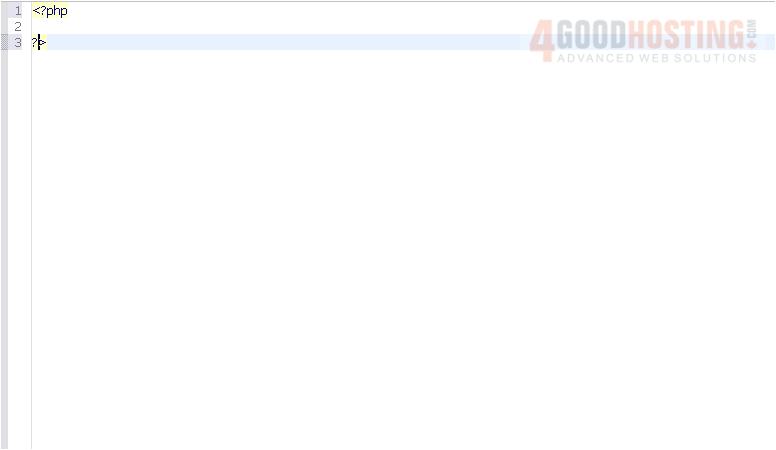 3) Next, we're going to store our username and the password we want to change ours to

Next, let's include the Joomla configuration file, since we'll need to access the Joomla database to change the password

The keyword require is generally used to include files that must be included in order for the script to function. If a required file cannot be found, PHP will cease processing the script 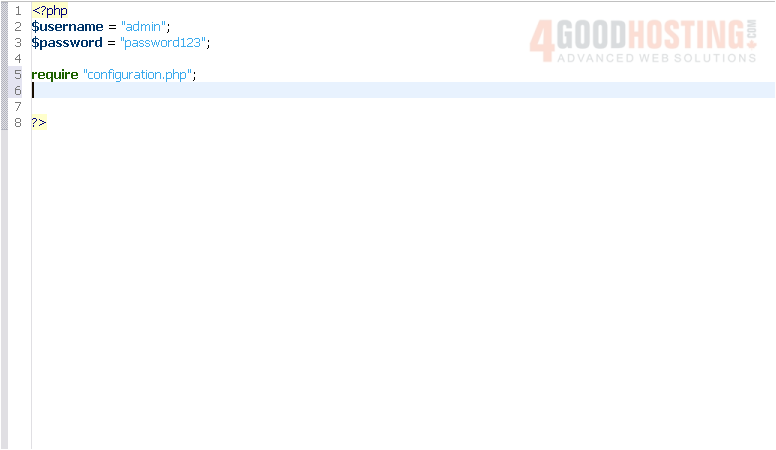 This line will allow us to access the settings found in configuration.php 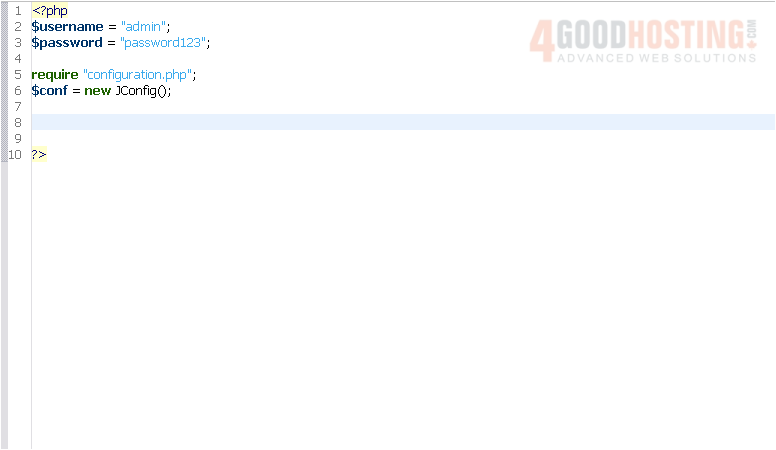 With this line, we are now connected to the MySQL server 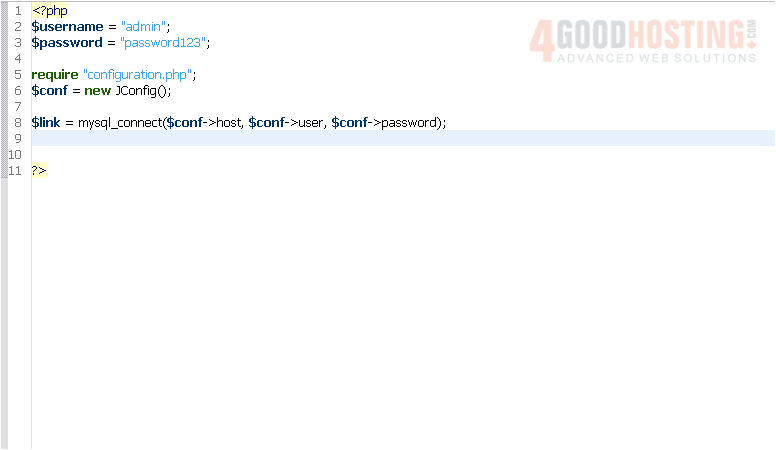 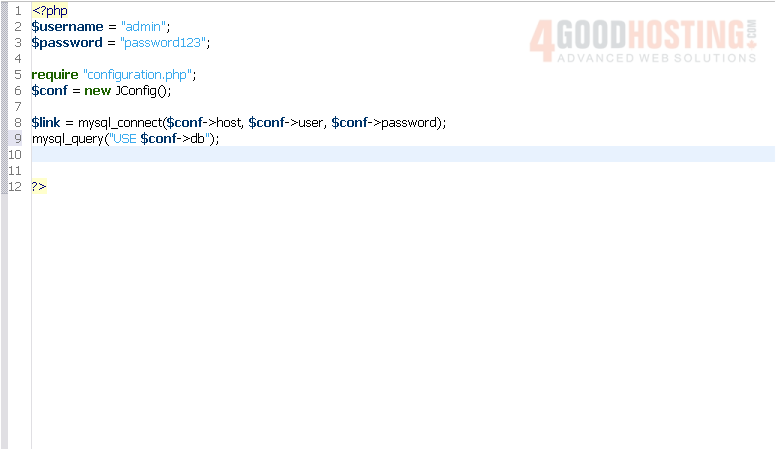 Next, it's time to write the important part of the script -- the query that will update the user's password 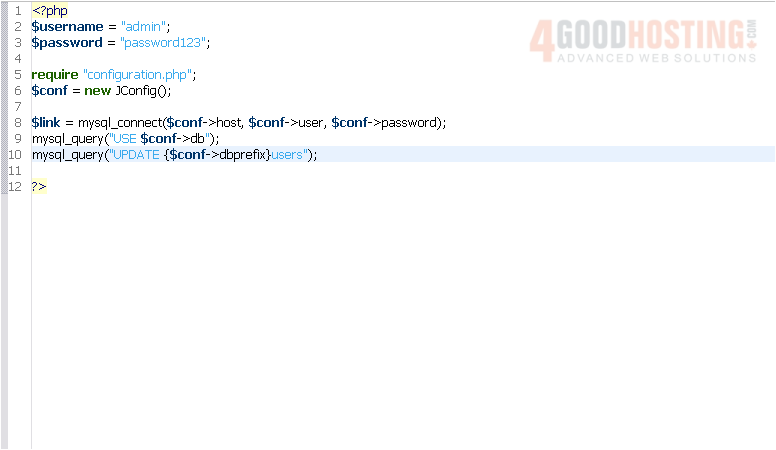 Joomla stores its passwords as a hash. This is an irreversible form of encryption. Specifially, it uses an algorithm called MD5

So, this second part says to set the password to the MD5 checksum of the contents of the $password variable 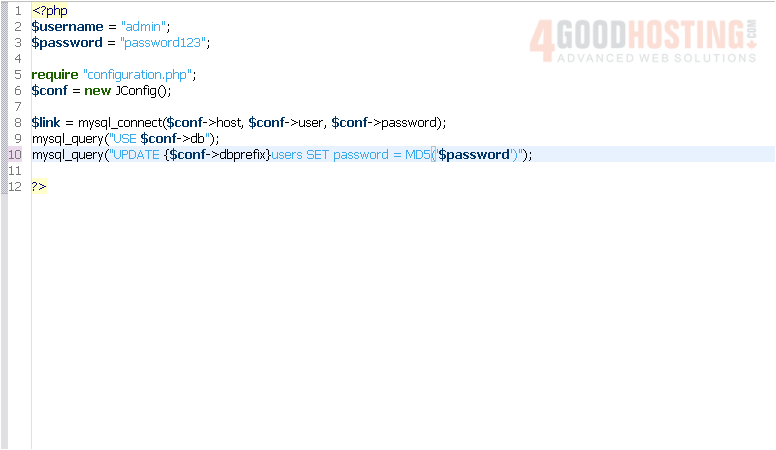 4) Finally, specify that only the user with the given username should have its password updated 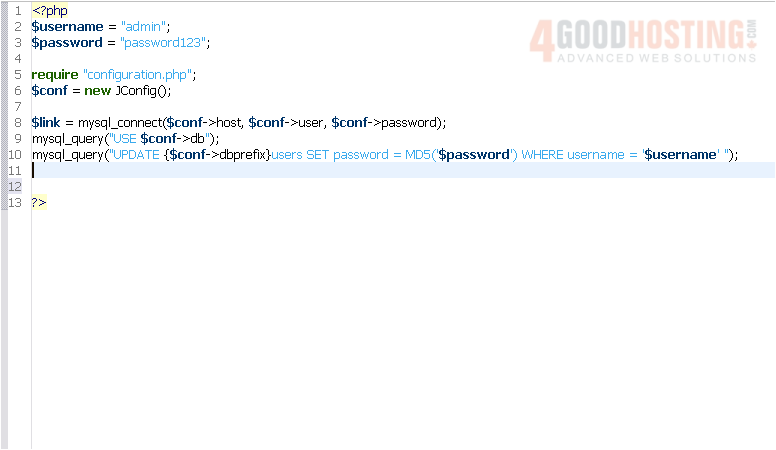 5) This last line closes the connection to MySQL 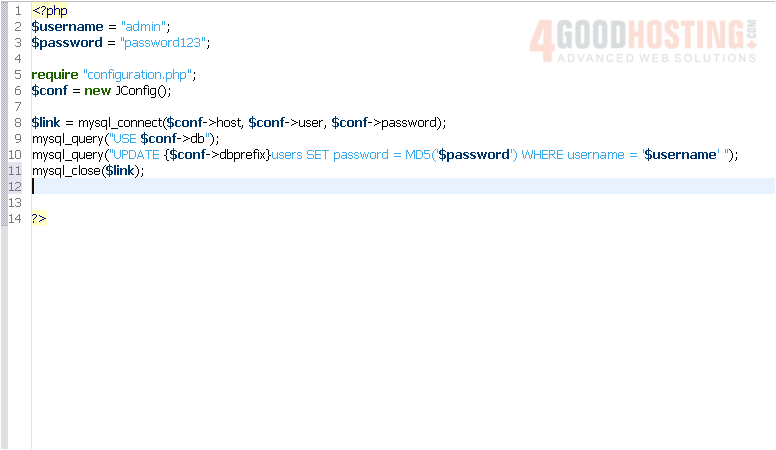 6) The PHP script is complete! Save it, then upload the file to the Joomla directory on your web server

Make sure that the extension of the file is .php -- otherwise, you probably won't be able to run it

Once you've done that, type the URL to your Joomla site followed by the name of the PHP script. For example,

Now that you've uploaded and run the script, let's go to Joomla and check that it worked 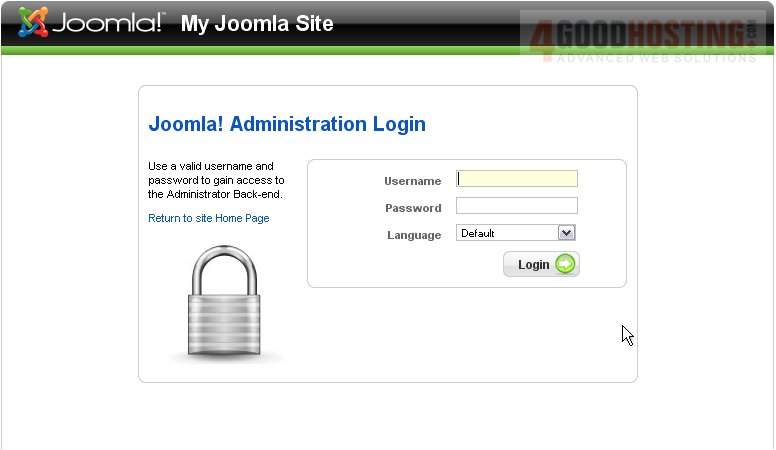 Now let's change our password in Joomla, since it stores extra information along with the MD5 hash of the password 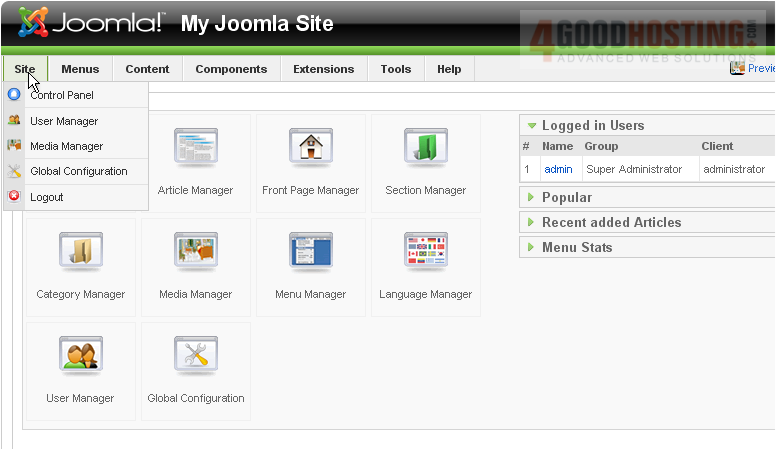 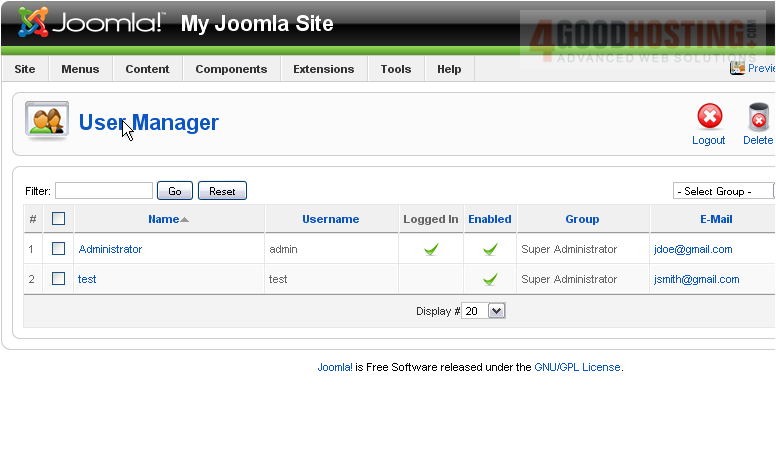 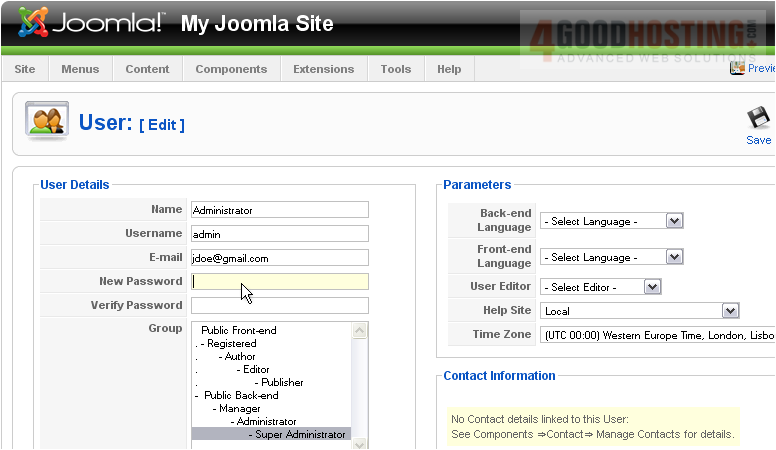 That's it! Your Joomla administrator password has now been updated

For obvious reasons, it would be best to delete your script from the server now that you've regained access to Joomla

How to back up your Joomla database using cPanel

Backups are an essential part of any active website. Not making regular backups can be a disaster...

How to back up your Joomla database using phpMyAdmin

Backups are an essential part of any active website. Not making regular backups can be a disaster...

How to change the default Joomla favicon

A favicon is a small image that shows up next to the website's name. Here is the default Joomla...

How to change the Joomla directory using cPanel

1) For this tutorial, you will need to open your web browser and go to http://www.joomla.org...